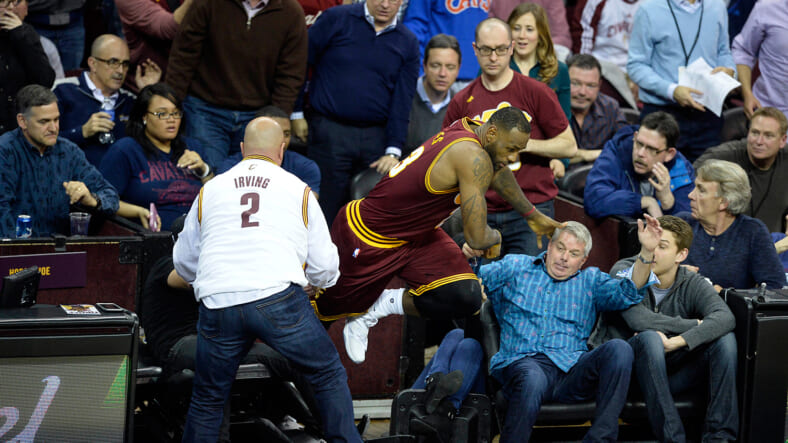 On Thursday night, a lady in Cleveland learned about that second risk the hard way when LeBron James clattered into her face, knocking her backwards and sending her to the hospital.

As it happens, the rich lady is Ellie Day, wife of pro golfer Jason Day, who jumped out of the way when LeBron came careening toward them. Not a good look, fella.

After the game was delayed for several minutes as Day was tended to by medical staff and LeBron apologized, she left the court on a stretcher. She was later taken to the hospital and was reportedly released Friday morning.

Day has no significant injuries but she does now have one hell of a story, if she can even remember it.