Who wants a stare-down from a 6’8″ superstar? 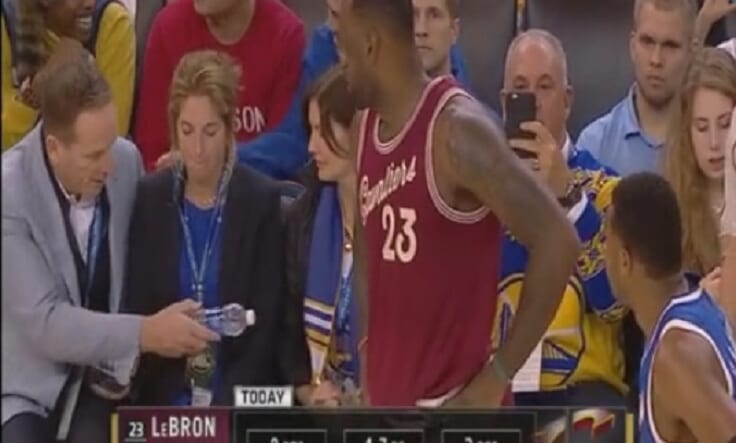 It’s all fun and games at courtside until one of basketball’s all-time superstars happens to catch you calling him a crybaby. That’s what appeared to happen to a woman rooting for the Golden State Warriors when they played LeBron James’s Cleveland Cavaliers on Christmas Day.

The funniest part is probably her sudden “be cool, he sees” change in demeanor.

Even if James was wrongly accused in that instance, he was probably feeling a little down after the game—the Cavaliers lost to Golden State, 89-83. James himself played a winning game—CBS Sports did the numbers and he was on-court “95 percent of all possible minutes” in the game and was responsible for 35 percent of the final score.

Her side came out on top, but one Warriors fan probably won’t be ragging on team opponents where they can see it any time again in the near future.