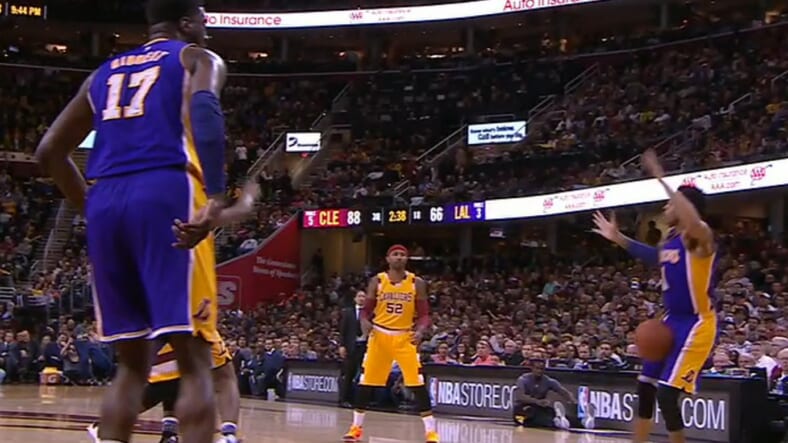 D’Angelo Russell is a 19-year-old NBA rookie who still has a lot to learn about the professional game. Namely, that in the NBA, you don’t really play defense.

On Wednesday night, he almost surely got the message. In the third quarter of the Cav’s 120-111 win over the Los Angeles Lakers, Russell jumped into a passing lane and was hit in the dick by a bullet pass out of the hands of LeBron James. He crumpled to the ground like deflated basketball.

Russell’s got a ton of talent and he’ll be in the league for a long time, but not until he realizes that when you’re in the NBA in 2016, you leave the defense to the lawyers.