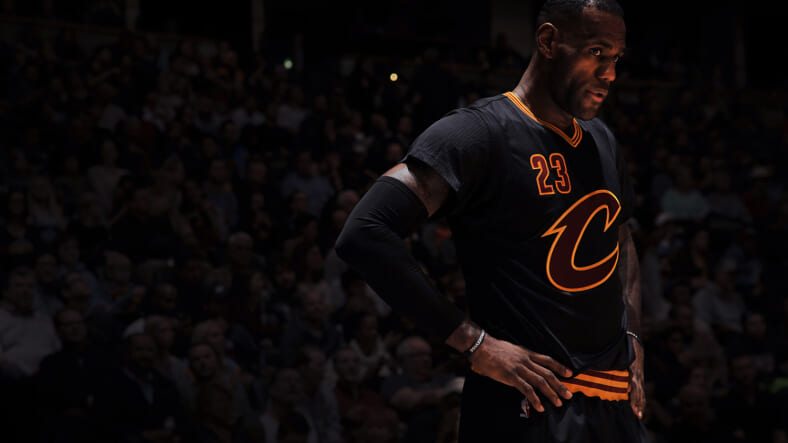 The idea is simple: LeBron should lead a collective protest by not suiting up for the Cavs until the the cops who killed Rice are put in jail. The call has found plenty of supporters who cite his clout in Cleveland and the powerful statement that would be made by his protest. But it’s also come under fire from those who say it puts an undue burden on the back of one man.

Then again, LeBron has put himself in a position to bear that burden. Not only has he made statements about unjustified policing killings the past, but when he returned to Cleveland in 2014 he did so with a letter that said, “I have a responsibility to lead, in more ways than one, and I take that very seriously.”

When it comes to Rice though, King James seems to be standing down. In his first public comments since the #NoJusticeNoLebron hashtag emerged, James made a flimsy statement about being uninformed about the Rice case. “I haven’t really been on top of this issue. So it’s hard for me to comment,” he said after the Cavs beat the Nuggets in Denver on Tuesday.

That’s only upset some people even more. As ESPN personality Jemelle Hill pointed out, LeBron spoke about the Rice case when it happened. Now he’s acting like he’s not informed. That has her, and plenty of others, disappointed in the man who once wrote, “My relationship with Northeast Ohio is bigger than basketball.”