In the days of my youth, I could never play like this… 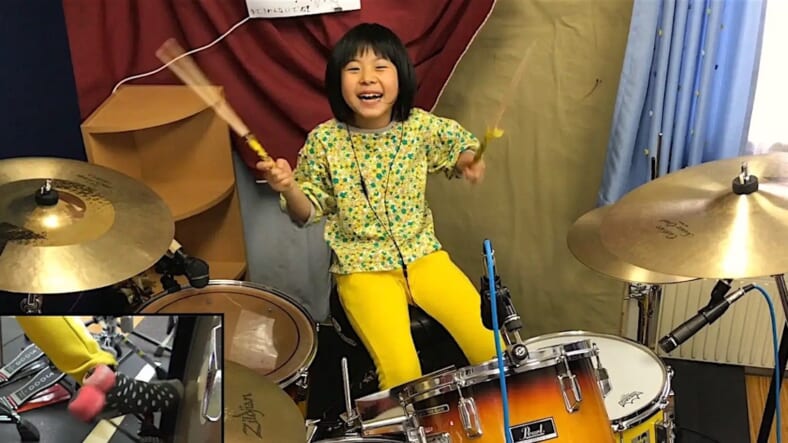 Performing Led Zeppelin‘s “Good Times Bad Times” is a benchmark for any badass rock drummer, and basically nobody can match the epic thunder of John Bonham.

But 8-year-old Yoyoka Soma blew every Led Zeppelin fan’s minds with her amazing entry into the 2018 “Hit Like a Girl” drum contest. Just check out her rendition of the band’s 1969 classic that would make Bonzo proud.

Somehow, little Yoyoka Soma did not win, but she did make it into the final round and become a viral sensation in the process (better than any medal or grand prize, TBH).

She said in a statement accompanying the video that she has been playing the drums since she was two-year-old, and it shows.

“As a drummer, I enjoy being groove, tones and try to support vocalists carefully. My dream is to be the best drummer in the world,” she said.

“I want to be an artist who can do anything: playing all instruments, recording music, mixing the sound and designing the CD album jackets.”

Somebody get this girl a record deal!