The legendary rockers are accused of copying their most iconic song. 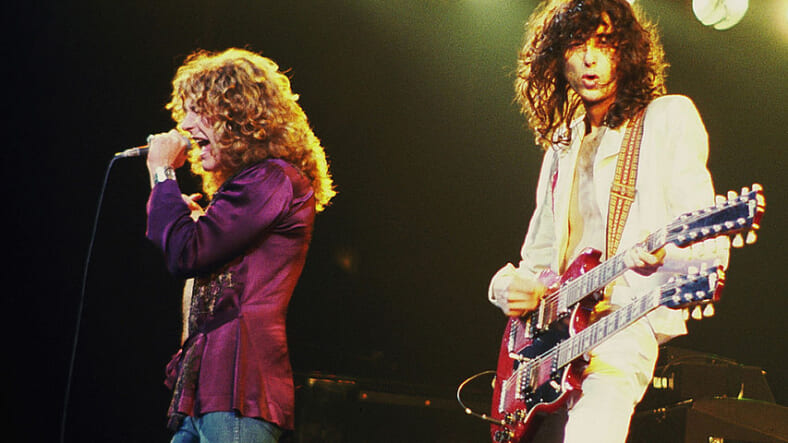 Led Zeppelin has long staked a claim to having the greatest rock song in history with “Stairway to Heaven.” The song has everything, beginning slow and melodic before erupting into a mad chaos of wailing guitars and pounding drums. Public opinion has held that Jimmy Page’s and Robert Plant’s magnum opus is the best of the best.

The problem with “Stairway” is it may not have been written by Page and Plant. That’s the claim from members of the band Spirit, who say the song’s distinctive intro is heavily based on their earlier release, “Taurus.” After many years, Spirit and Zep have taken their battle to the courtroom, with opening statements in a copyright infringement suit commencing Tuesday in a Los Angeles federal courtroom.

Before you bash Spirit for pursuing the claim you may want to listen to the songs. The initial similarities seem self-evident.

Beyond audio similarities, the plaintiffs also note that Zeppelin attended a Spirit concert and Jimmy Page owned a number of Spirit albums. Zeppelin even allegedly opened for Spirit back when, you know, Zeppelin still opened for anyone.

Following the “Blurred Lines” case lost by Robin Thicke, the doors have opened wide for those who feel their works have been plagiarized to use the courts to right perceived artistic wrongs. Decisions, as with “Blurred Lines” are likely to come down to how the jury perceives the similarities between the songs and whether they imply Zeppelin really intended copyright infringement-level use of another group’s work.

Jimmy Page doesn’t seem too bothered by the accusations leveled against him. Witnesses in the courtroom over the first two days of the trial describe him as laughing, joking with bandmate Plant, and playing air-drums when music was played for the jury. Considering the accusation, it’s admirable that he’s been able to keep his spirits up.

Whatever the outcome, it should make for a fascinating week in court. Even if Spirit wins their complaint and gains a windfall, it’s unlikely a Spirit reunion show would get over twenty million requests for a mere 20,000 tickets like the Zeppelin reunion at O2 Arena in 2007.