The 2,646-piece set lets you build an old-school TV with a scrolling “Super Mario” game. 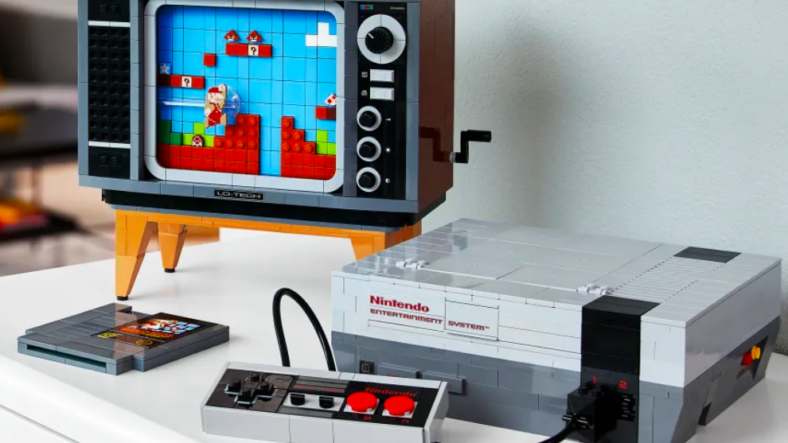 LEGO is releasing a new collab with Nintendo that’s perfect for the retro gamer who needs another way to kill time at home: A build for the old school NES.

It includes controller, console, and an early 80s-era TV complete with a 1985 8-bit style Super Mario Brothers screen that scrolls to mimic gameplay.

This 2,646-piece set has been geared toward adult builders—as in people who might just remember the original.

This NES kit combines both blocks and tech. If you put the Bluetooth-enabled Mario from the LEGO Adventures with Mario Starter Course on the TV in this set, the LEGO TV will make noises that emulate the original game.

More details from the LEGO listing:

The brick-built NES is packed with realistic details, including an opening slot for the Game Pak with a locking function and a controller with a connecting cable and plug. The console comes with a buildable retro TV, featuring a flat 8-bit Mario figure on the scrolling screen, plus an action brick to scan with LEGO® Mario™ (figure not included; find in the LEGO® Super Mario™ Starter Course set – 71360) so he reacts to the on-screen enemies, obstacles and power-ups just like in the Super Mario Bros. game.

This collab—along with other Super Mario LEGO kits with a variety of characters and familiar challenges—will launch August 1, 2020, and retail for $230.