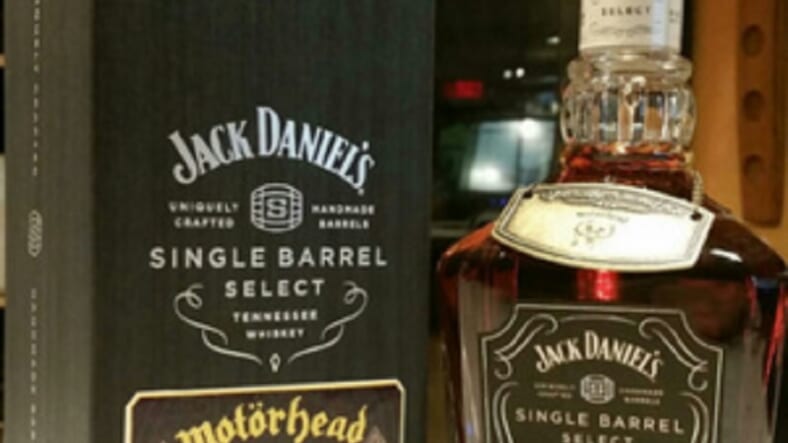 The opportunity to buy single barrel Jack Daniel’s whiskey honoring the late Lemmy Kilmister has ended faster than the speediest of Mötorhead songs.

But after the Atlantic City Bottling Company announced they were selling the small-batch hooch, the $99 bottles quickly sold out, reports The Spirits Business.

The sought-after Tennessee whiskey was described as “dark, oaky, but still some corn and sweetness with that signature Jack smooth charcoal smoky finish” in the Atlantic City retailer’s press release.

The bottling company correctly predicted that the barrel would “sell out instantly” but indicated there may be more Motörhead Jack to come: “You will be informed once new barrels are selected and available for shipping…Motörhead for life.”

Although judging from the the photo of the dubious-looking limited edition, perhaps all they have to do is slap more Motörhead stickers on bottles of Jack Daniel’s Single Barrel Select.

Meanwhile, the cheeky campaign continues for The Jack and Coke to be renamed “The Lemmy” after the JD-loving rock god.

A Mötorhead fan known only as @gimmealemmy launched a Change.org petition on January 7 and has already garnered more than 44,000 signatures in support of the noble goal.

Addressing the petition to “the entire world,” the founder states: “To celebrate and remember one of rock and roll’s true legends, I petition everyone to henceforth and hereafter refer to the combination of Jack Daniel’s Whiskey and Coca-Cola as a ‘Lemmy’. Let it be so.”