The best part of waking up was HGH in his cup. 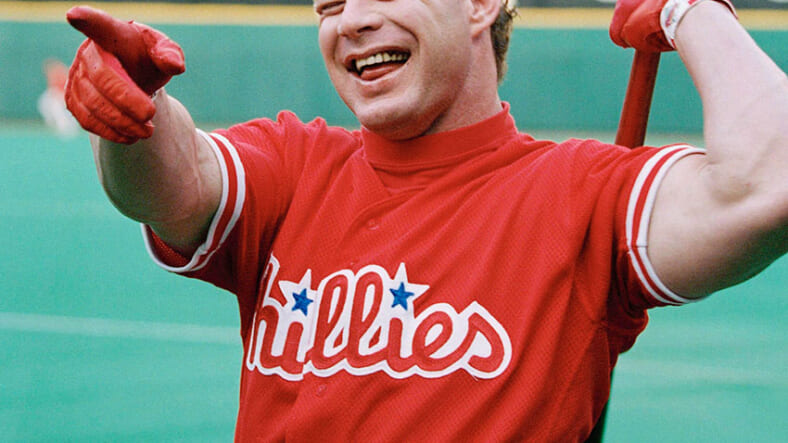 During his heyday as a pro baseball player, former New York Mets and Philadelphia Phillies star Lenny Dykstra wasn’t just taking steroids, he was finding hilariously novel ways to do so. At least that’s what Dykstra claimed in a recent interview.

The troubled 1986 World Series champion is currently promoting his memoir, House of Nails. Speaking with Colin Cowherd of Fox Sports, Dykstra made no bones about his steroid use. He told Cowherd that it was probably the thing that allowed him to stay in the majors.

In answer to a question specifically about HGH—Human Growth Hormone—Dykstra told Cowherd, “I put that in my cereal, man. It was in my cereal. I mean that was like a … come on, HGH? We’re talking about the good stuff.”

Using performance-enhancing substances like “Deca-Durobolin and testosterone,” Dykstra continued, meant “the difference of making 30 million dollars or getting a real job and working and making 60,000 dollars.”

You can watch the interview in the video below and listen to Dykstra also frankly admit using private eyes to dig up dirt on umpires, saying, “It wasn’t a coincidence” that he led his league in walks for a couple of years.

And if we ever see a box of cereal sporting a photo of Dykstra, we’re probably not going to eat it for breakfast.