We’re as confused as you are. 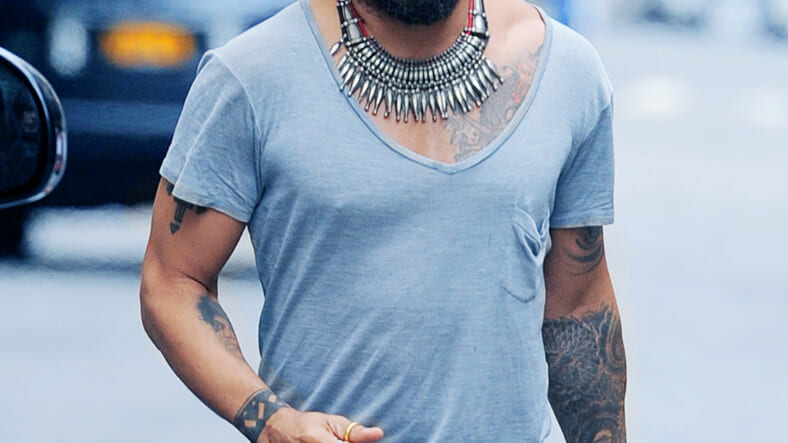 We’re uncertain as to whether Lenny Kravitz is making it his goal for the New Year to be more charitable, or if he’s just trying to distract us all from that time he split his pants and his dick and balls fell out, but he is currently making headlines for a very curious chain of events. According to Page Six, Kravitz, who lives in Gregory Town, flew four American dentists in to perform a weekend of free dental work on locals. That seems like a great idea, aside from the fact that he didn’t obtain any sort of permit to do such a thing.

Local paper The Eleutheran reports that the police showed up at the illegal free clinic in the afternoon and announced that everyone had fifteen minutes to pack up and leave.

“The dentists literally had to run out the back door to escape being arrested,” one source told Page Six.

Remember to floss folks. You don’t want to find yourself in a situation where Lenny Kravitz is chasing you down the street waving your unfinished dentures at you.