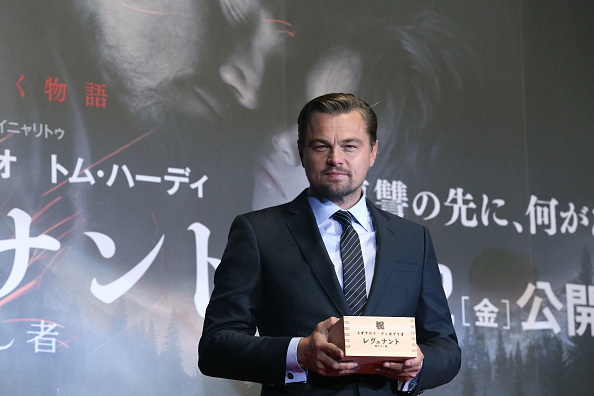 Leonardo DiCaprio is likely accustomed to being greeted by throngs of over enthusiastic and socially inappropriate fans wherever he goes. Hell, he might have even encountered the occasional superfan dressed as one of Leo’s characters. But what happened at the Japanese premiere of The Revenant is quite likely a first. From Reuters:

“Excited Leonardo DiCaprio fans, some of them dressed as bears, greeted the actor as he made his first trip to Tokyo in two years to promote the Japanese opening of “The Revenant.” The movie about a fur trapper seeking revenge who is left for dead after being mauled by a bear brought DiCaprio his first ever Oscar at the Academy Awards ceremony in February.”

The key phrases here are “dressed as bears” and “mauled by a bear.” Why would a “fan” of an actor dress as the the very thing that led to his character’s demise? What were they trying to say? Was it a vague threat?

By all accounts, DiCaprio was unfazed. He addressed the crowd at the premiere, saying he was “privileged to be a part of cinema history that I think is very ground breaking and it was a huge honor for all of us the night of the Oscars to be awarded the way we were.”

We get it, DiCaprio. You won an Oscar. Congratulations.