Leonardo DiCaprio Is Top Choice To Star in Joker Movie, If He’s Down to Clown 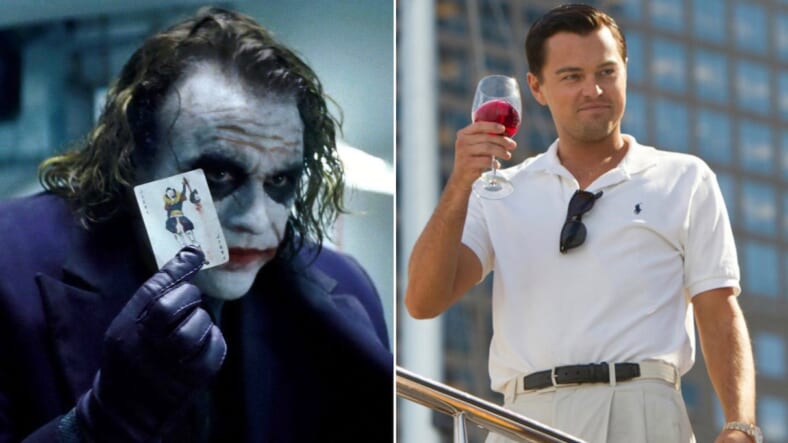 Warner Bros. is aiming high when it comes to finding a bankable A-lister to star in their standalone Joker movie—they want Leonardo DiCaprio to reinvent the role of the iconic criminal clown.

Leo has not yet accepted the offer, but the reboot should be pretty solid, regardless. It has been pitched as a Joker origin story set in the high-crime days of the ’80s. Think Taxi Driver meets The Dark Knight Rises.

A leading man like Leo would offer the project the cachet it deserves, and he certainly has the chops to follow in the footsteps of previous jokers Jack Nicholson, Heath Ledger and Jared Leto.

The studio’s long-shot bid to get Leo on board may explain why they already locked down frequent DiCaprio collaborator Martin Scorsese to produce.

Sources tell The Hollywood Reporter that Scorsese was invited to produce (it hasn’t been officially confirmed, but things look good), in a big push to get DiCaprio.

There’s no offer for DiCaprio, and sources say Scorsese’s deal to produce isn’t even done yet.

The chances of landing DiCaprio could be slim to none.

But the attempt in itself sends a signal to talent that Warners wants to hire serious filmmakers to make serious films.

Director Todd Phillips isn’t the first guy we think of when it comes to “serious filmmakers,” as much as we loved Old School and The Hangover.

But it’ll definitely be interesting to see where he takes the latest reboot of DC’s most notorious villain.

Who knows, maybe Leo will give him a chance, and the Joker we all deserve.