Speak softly and carry a big—fuhgeddaboudit! 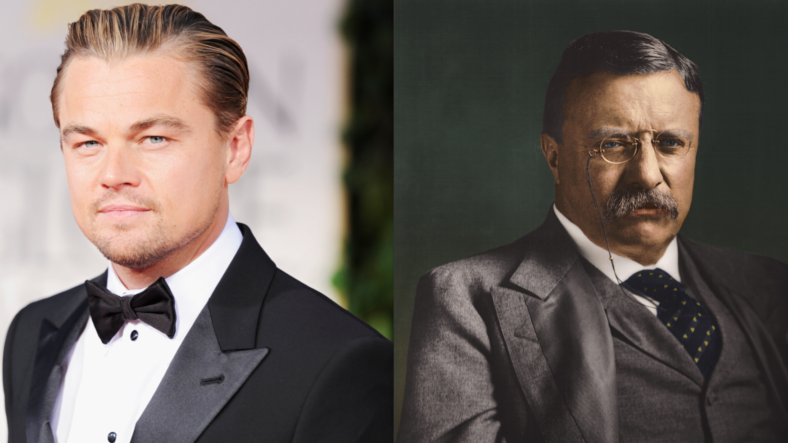 Leonardo DiCaprio and Martin Scorsese have another(!) movie in the works, and it’s not another true crime tale.

This time around, the star and director are teaming up to delve into the life of our 26th president, Theodore Roosevelt.

Deadline, who got the scoop, has further details:

Roosevelt, a drama about Teddy Roosevelt, has been set at Paramount as a star vehicle for Leonardo DiCaprio with Martin Scorsese directing. Scott Bloom has been set to write the drama, and DiCaprio and Jennifer Davisson are producing through their Appian Way banner, along with Martin Scorsese and Emma Koskoff through Sikelia, with Chuck Pacheco also producing. Appian set the film at Paramount through its first look deal with the studio.

Often ranked by political historians as one of the top 5 greatest American presidents, Theodore “Teddy” Roosevelt was known as much for his tenacity in politics as he was for his robust masculinity and cowboy image.

Many of DiCaprio’s most memorable roles have come with Scorsese at the helm, including their work together on The Departed, Shutter Island and The Aviator. Bringing the dense story of our youngest ever president to the big screen will be no easy task, but if anyone can pull it off, it’s these two.