Sorry Leonardo DiCaprio, You Have to Leave Your Vape at Home During the Oscars

The Academy is apparently not a fan of the #vapelife. 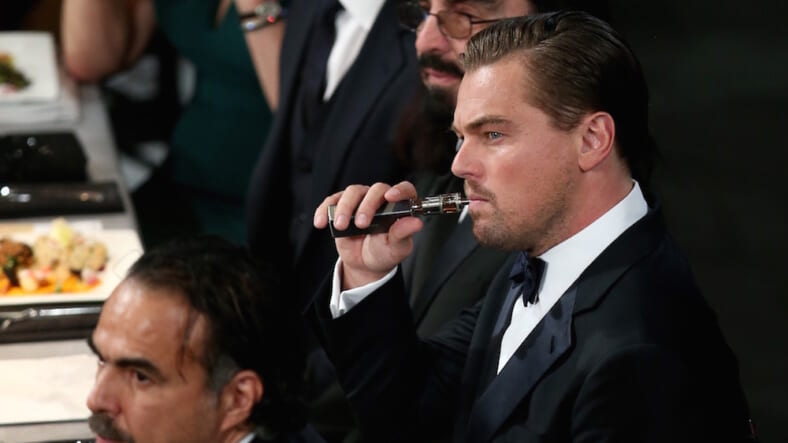 On Saturday night at the SAG Awards, Leonardo DiCaprio gave the performance of a lifetime as a Man Who Vapes. He also won Outstanding Performance By a Male Actor in a Leading Role for The Revenant, but that’s not the point here.With the Academy Awards a few weeks away, speculation is high as to whether this’ll be the year Leo takes home his first Oscar. But more importantly, we care more about whether Leo will once again accessorize with his vape pen. Sadly, as TMZ reports, he’ll have to save the vaping for another time:

Hollywood’s famed Dolby Theatre says it makes no exceptions with its smoking policy…even during the Oscars ceremony.

Mon dieu. Does being a card-carrying member of the Pussy Posse mean nothing these days? For shame.