It must have brought him good luck. 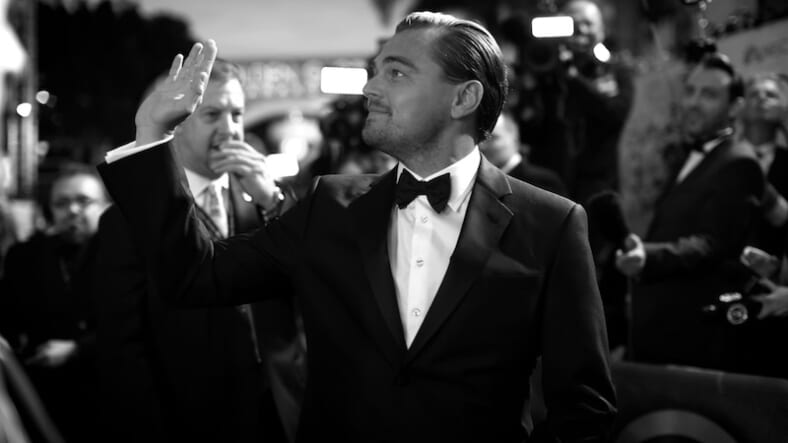 Leonardo DiCaprio may have U2’s Bono to thank for his recent success at this year’s Golden Globes. According to NME, prior to heading over to the ceremony he attended Sean Penn’s annual J/P Haitian Relief Organization gala held in Beverly Hills and beat out a few other guests in an auction for a guitar that was previously owned by Bono.

The winning price for the guitar is said to be $100,000 and although we don’t know what kind of guitar it is, or if Leo even plays guitar, it doesn’t take a stretch of the imagination to picture him wailing on the thing after taking home his third Golden Globe award for best actor in a drama motion picture for his role in The Revenant.

Another big ticket item won at that night’s auction was lunch with both DiCaprio and Penn, along with a five-night stay at his Palm Springs estate, which went to an anonymous bidder for $200,000. If Leo is the fun guy we suspect him to be, he’ll definitely bring the guitar to lunch.