And he may or may not have cut him a fat check. 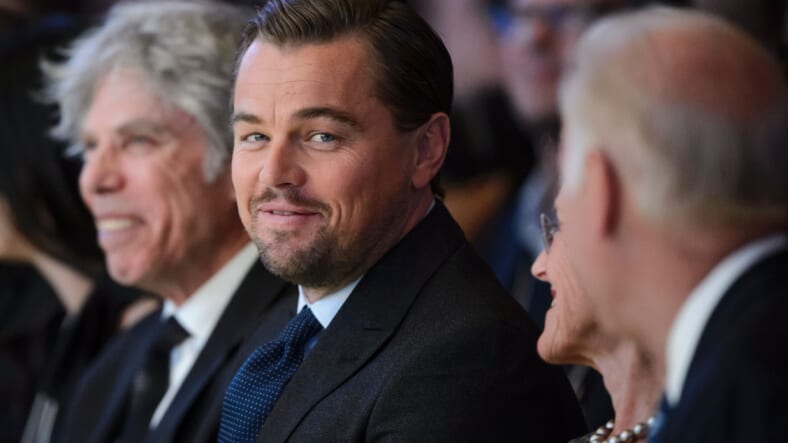 Leonardo DiCaprio, righteous defender of the planet, met with Pope Francis on Thursday to show off his Italian and discuss their mutual concerns about global warming.

The Revenant star reportedly greeted the Pope with in the language of Vatican City, saying: “Your Holiness, thank you for granting me this private audience with you.” Continuing to show off, DiCaprio handed the pope a book on 15th-century Dutch painter Hieronymus Bosch, and shared his impressions of Bosch’s Garden of Earthly Delights that for some reason was hanging over his crib when he was a young child. Garden is a tryptich that represents the whole of the human experience, from birth to the afterlife. Sure, Leo.

“As a child I didn’t quite understand what it all meant, but through my child’s eyes it represented a planet, the utopia we had been given, the overpopulation, excesses, and the third panel we see a blackened sky that represents so much to me of what’s going in in the environment,” DiCaprio said, according to the AP. Meanwhile, the Pope tried not to roll his eyes.

But most importantly, a DiCaprio assistant handed Pope Francis a check for an undisclosed sum with a directive to use it for charity work “close to your heart.” Then DiCaprio left to go bang some models before boarding his private jet home.