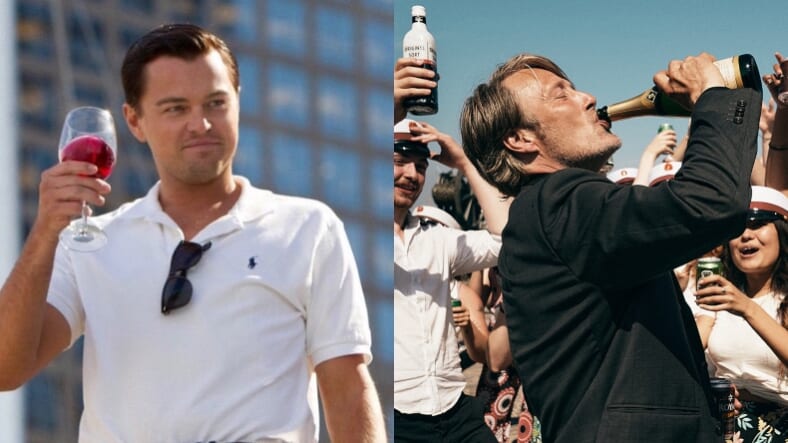 While the 2021 Oscars show may have been the least-entertaining in years, at least some legitimately good movies got recognition. Nomadland was a solid (if safe) Best Picture winner, but the Danish movie Another Round, which won Best International Film, was perhaps even more memorable.

The always-cool Mads Mikkelsen anchors the dramatic comedy about a group of Danish schoolteachers in a midlife crisis who agree to start drinking every day to see how it affects their social and professional lives.

Now, Deadline reports that English-language remake rights have been acquired in order to be made into a remake starring Leonardo DiCaprio.

Another Round involves four teacher pals in midlife crisis who decide to experiment with raising their blood alcohol levels as a way to make life more interesting. While they initially are exacting about their levels, things progressively get out of hand for some of them.

The film takes a European look at the consumption of alcohol that makes an English-language remake intriguing. Alcohol is not the evil element, it’s more about the choices made by the characters, what it does to them and their families and how to turn things around.

The English language remake rights to the movie was a hotly-pursued project in Hollywood, even before the movie won an Oscar on Sunday night. The difference to director Thomas Vinterberg, according to Deadline, “was the chance to see DiCaprio in a new role, the vulnerable middle-aged man in existential crisis played by  Mikkelsen.”

Given Leo’s penchant for partying—both in real life and in classic movies like The Wolf of Wall Street—it will be interesting to see if he reprises Mikkelsen’s already-iconic drunken dance scene to the insanely catchy “What a Life” by Scarlet Pleasure.

Watch the trailer for Another Round above and stream it now on Hulu, Amazon Prime, Apple TV or YouTube if you haven’t already.