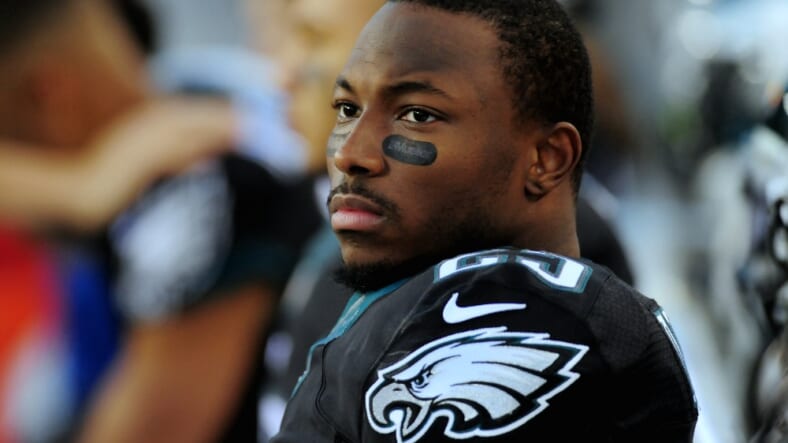 Buffalo Bills running back LeSean McCoy is under investigation by Philadelphia police after a violent altercation early Sunday morning that allegedly saw him and a group of friends lay waste to a group of off-duty police officers.

On Monday, police would only say that the suspects are “reported to be members of the National Football League,” but Philadelphia news outlets are identifying the former Eagle as one of them.

The incident reportedly started when an off-duty police officer had a bottle of champagne snatched out of his hand. The snatcher was said to be a friend of McCoy. An argument between the the officers and McCoy’s group of friends turned into a fight that got ugly fast. According to Philadelphia police, at least one officer was knocked to the ground, where he was kicked and stomped on. CSN Philly is reporting that two officers had their ribs broken, one broke his nose and another needed stitches over his eye.

Damn. McCoy, whose “Shady” nickname has never seemed so fitting, is known as kind of raging asshole, but this is surprising. Leaving 20 cent tips and siccing your sycophant Twitter followers on the mother of your child is shitty. But stomping heads in a night club? That’s barbaric.

The Bills released a statement about the incident Monday afternoon that said the team is “in the process of gathering more information.”