‘I’m sixty-f*cking-five. Audiences are eventually going to go, ‘Come on.'” 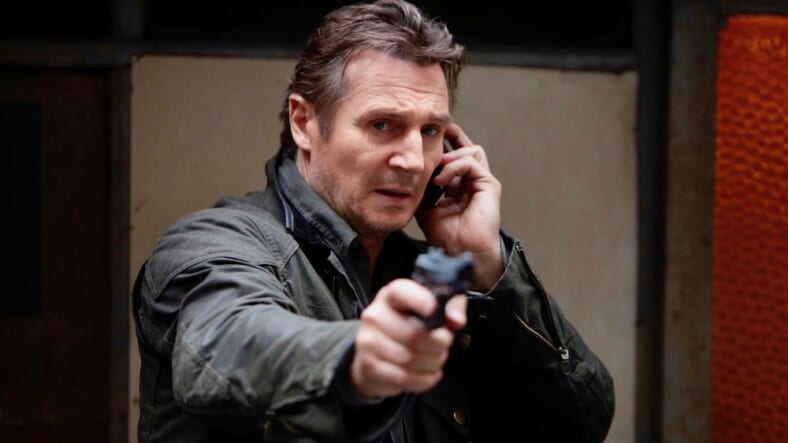 In further proof that the world is spiraling into a fiery hellscape, the great Liam Neeson has announced his retirement from action movies.

The 65-year-old actor with a “particular set of skills” said at the Toronto International Film Festival that he plans to focus on more “serious” roles going forward.

“The thrillers, that was all a pure accident,” the mega-popular Taken star said. “They’re still throwing serious money at me to do that stuff. I’m like, ‘Guys, I’m sixty-fucking-five.’ Audiences are eventually going to go, ‘Come on.'”

But fret not. He still has two revenge thrillers in the pipeline: Hard Powder, in which he plays a snowplow driver who “seeks revenge against the drug dealers he thinks killed his son” (awesome!), and The Commuter, which comes from the director of previous Neeson flicks Unknown and Non-Stop.

“I’ve shot one that’s going to come out in January sometime. There might be another. That’s it,” Neeson said. “But not Taken, none of that franchise stuff.”

After that, we’re gonna have to get used to more prestigious Neeson fare, like his Watergate Scandal drama Mark Felt: The Man Who Brought Down the White House and Widows, director Steve McQueen’s follow-up to Twelve Years a Slave.

Say goodbye to an action genre legend with some of his best moments, below.