Sarah Connor Is Back in First Official Image From ‘Terminator’ Reboot

Linda Hamilton is the G.O.A.T. 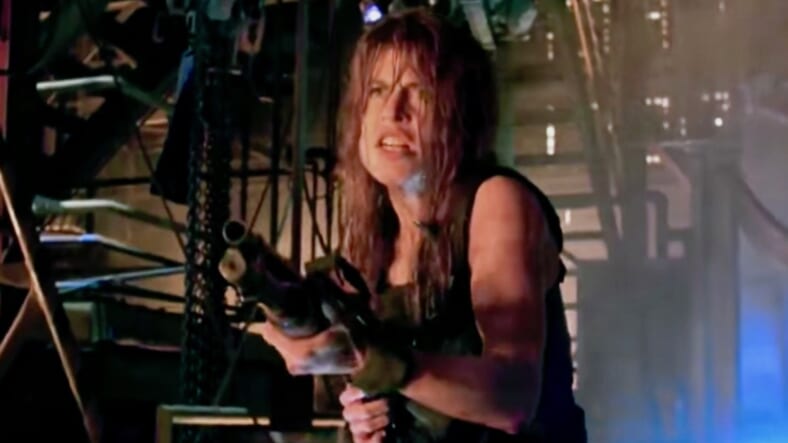 You’ve seen set images from the tentatively titled Terminator 6, but now you can fully see Sarah Connor back in action in the first official image from the upcoming reboot.

Linda Hamilton is locked and loaded as Sarah Connor, reprising the role 27 years after the 1991 release of Terminator 2: Judgement Day.

Not pictured is Hamilton’s original nemesis Arnold Schwarzenegger, who recently announced he has also begun filming on the new sequel (see video below).