Recordings from the band’s last world tour will commemorate the late singer. 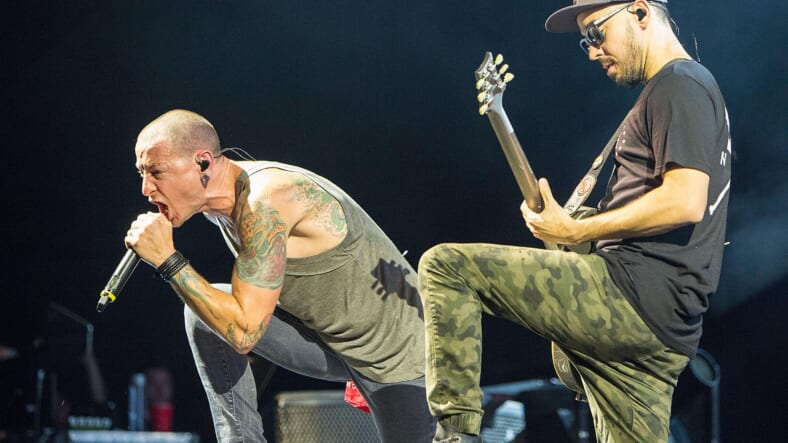 Linkin Park fans will have at least one more opportunity to hear previously unreleased material from Chester Bennington on a new album titled One More Light Live.

Performances of 16 tracks recorded during their 2017 world tour include classics like “Crawling” and “Numb” as well as singles from One More Light, their last chart-topping release.

The announcement was coupled with a heartfelt statement from bandmates Mike Shinoda, Joe Hahn, Rob Bourdon Dave Farrell and Brad Delson regarding Bennington’s tenacity as a performer and passion for music.

We dedicate this live album to our brother Chester who poured his heart and soul into One More Light.

After we finished recording the album, we joked with Chester that – since he had delivered so many stunning performances in the studio – he had set the bar extra high to produce that alchemy on stage each night. Not surprisingly, he welcomed the challenge.

The shows we played together during the early summer of 2017 were extraordinary. Chester shared with us that he felt this was the best tour we had ever done. The camaraderie and joy we experienced on stage reflected our deep connection with each other, with our fans, and with the music.

Chester was uniquely passionate, uncommonly generous, sensitive, optimistic, funny and kind. With his voice, he turned pain into catharsis, authenticity into art, and passion into connection. His dedication to bringing these songs to life was triumphant. For those of you who attended this tour in person, we thank you. For those who could not, we hope this live album gives you a glimpse into how magical these shows were for the six of us.

One More Light Live will be available everywhere December 15. See the full track listing below: