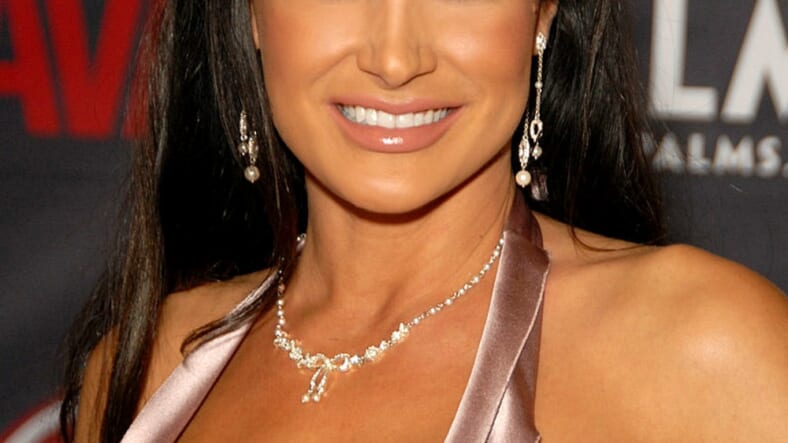 When Paul George returned to the Indiana Pacers last April, less than a year after snapping his leg in half with Team USA, some described his recovery as “miraculous.” Turns out, George’s quick healing may have had less to do with divine intervention than former adult film star and current fantasy sports analyst Lisa Ann.

The 43-year-old with a spot-on Sarah Palin impression, is a known friend to many athletes, both professional and amateur. But don’t think that means she’s sleeping with all of them. A recent profile in The Guardian says she “ fancies herself a confidante and mentor for athletes.” For some, that means dispensing relationship advice. For others, she provides a mature perspective on living in the public eye. Think of her as a bustier Yoda with slightly more sex appeal.

One of Lisa Ann’s mentees over the years has been Pacers star Paul George. As Complex points out, that relationship included her “counseling” him after his nasty injury in 2014. It’s unclear just what this counseling entailed, but Lisa Ann is an openly sexual, single woman and Paul George is a living, breathing single man, so we have a couple guesses. But hell, maybe they just played Connect Four and talked about his feelings over cocoa. Either way, it seems safe to say that Lisa Ann is part of the reason Paul George, who played all of 91 minutes last season, is starting in the All-Star Game this season.