Listen to this Internet earworm at your own risk. 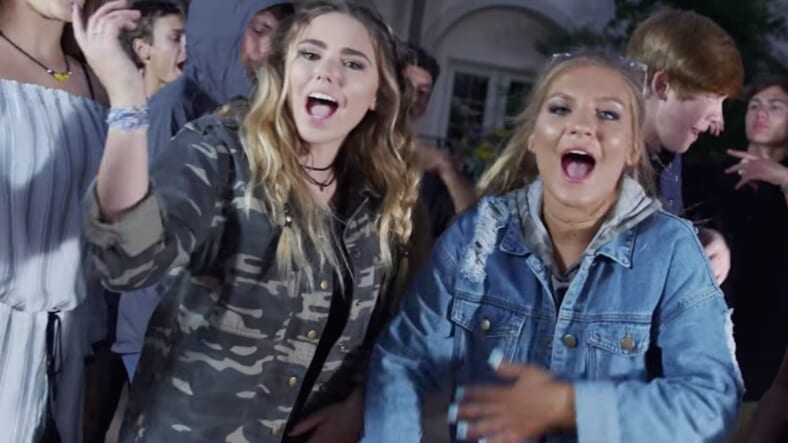 For nearly a decade, Rebecca Black has held the title of the creator of the “worst song ever made” with her ear-assaulting 2011 viral hit “Friday.” It managed to be both auto-tuned and monotone at the same time.

She finally may have been dethroned by teenage “YouTube star” Sydney McGee, who just unleashed onto an unsuspecting world her noxious ode millennial culture, “LIT RIGHT NOW.”

McGee, who repeats the same two hand gestures throughout the video, demonstrates all the scenarios one can use the millennial slang word “lit,” which Urban Dictionary defines as “when something is turned up or popping…”

For instance, she and her friends leave their gated community to “get lit” at the Taco Bell and later “get lit” at high school, where one of her more unruly friends even “dabs,” the millennial dance craze where you point your head to your elbow. She can even be seen tooling around in a sweet Nissan GT-R in the beginning of the cringe-inducing video.

The lyrics to “LIT RIGHT NOW” will, not so unexpectedly, make you want to die, scream or maybe travel back in time to stop Steve Jobs from creating the iPhones that would inevitably sap the intellects of every young person.

Some nonsensical highlights include: “I’m so lit right now / My phone is always wet, wet” and “We so lit / Dab like this.”

people be claiming Lit Right Now by Sydney McGee is the worst song to ever be dropped on youtube. y’all really forgot about Friday by Rebecca Black that quickly, huh?

These are the end times.