No more dancing for the Cardinals. 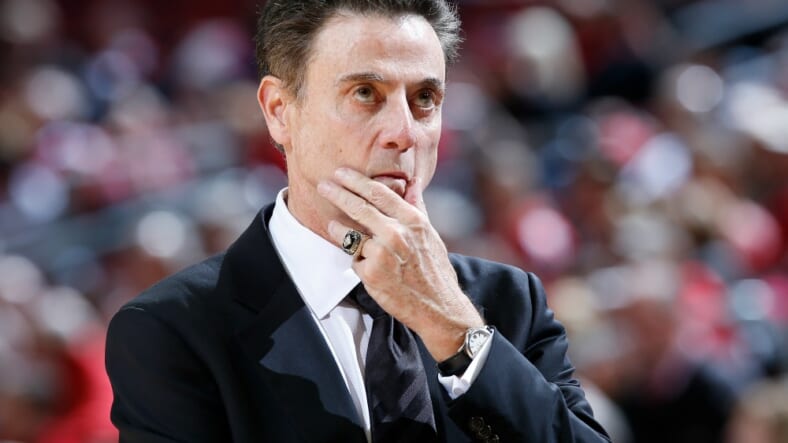 The University of Louisville has barred its men’s basketball team from the ACC Tournament and the NCAA Tournament in 2016 after an internal investigation revealed violations related to the stripper and prostitution scandal that broke last summer.

In a Friday afternoon press conference, Louisville head coach Rick Pitino sounded stunned by the decision. “This is a punishment I never thought would have happened this season,” he said. “This is as harsh as anything I’ve ever seen in college basketball.”

Louisville chose to punish itself, rather than wait for the NCAA’s ruling, as a way of showing the NCAA that it’s taking the violations seriously. The hope is that the NCAA will find the punishment sufficient and not add anything on top of it.

Still, the decision came as a shock to many in the college basketball world, who saw Louisville upset number two ranked North Carolina on Monday night. In a college basketball season with no dominant teams, the Cardinals looked poised for another deep tournament run. Now they will play nine more games before ending the season.

This is a particularly tough blow for the team’s two seniors, graduate students who transferred to Louisville to take advantage of their last season of eligibility. Trey Lewis and Damion Lee will miss the NCAA Tournament once again in 2016, just like they did at their previous schools.

Despite the admission of violations, no sordid details were released. Most of our knowledge regarding the scandal continues to come from Katina Powell, the escort who says she was paid by Andre McGee, a former Louisville assistant, to provide strippers to the basketball team in its dorm. She also says McGee paid some of those women to sleep with players, recruits and the guardians accompanying recruits on their visits to Louisville.

Louisville now joins a select group of major basketball programs, including Syracuse and SMU, that have committed significant violations in recent years and suffered significant penalties for doing so.