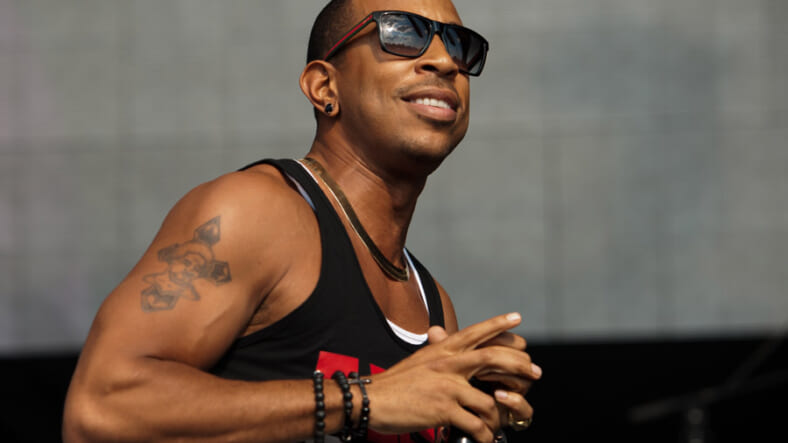 It’s been nearly two decades since Ludacris burst on the scene telling ladies he wanted to “li li li lick” them from their head to their toes. Now he’s 38 and a father but we’re happy to report that dude still likes to get freaky — albeit only after a sensible dinner and practicing good dental hygiene.

We know this because Luda recently performed at the University of Georgia’s spring game. Along with the $65,000 he was paid, he received a host of perks outlined in his concert rider.

For dinner, he requested a healthy spread that included grilled chicken, wheat pasta, steamed vegetables and fresh fruit. For his room, Luda wanted snacks, incense, six bottles of booze, two bottles of wine and some juice boxes. So Luda and his entourage planned to eat and drink before hitting the stage. Reasonable enough. But what else were they going to do?

At least one person was going to brush his teeth with a Crest Spin rechargeable toothbrush.

At least one person was going to have protected sex with Trojan Magnum condoms.

That same person was going to get clean but also moisturized with a bar of Dove soap.

And someone was going to keep their clothes crisp with an iron and ironing board.

So what else does a superstar rapper get for performing for 13 minutes in front of a crowd of 93,000? Read the full rider below.