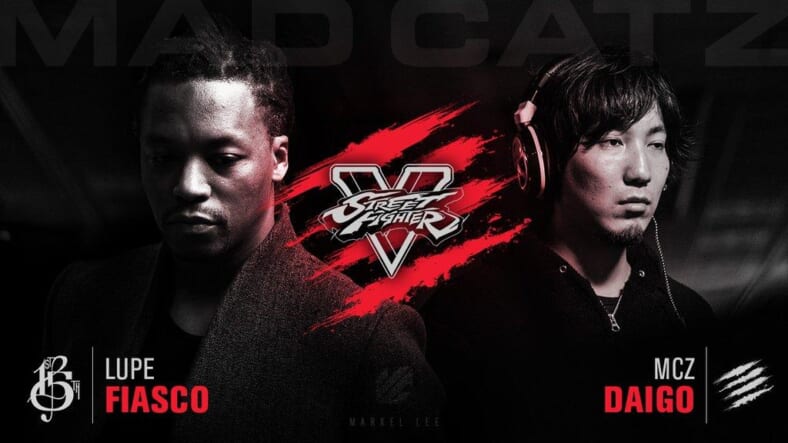 Lupe Fiasco: Rapper, producer, and video game fan. He’s not just a fan anymore, however, as he’s now gearing up for a match against pro Street Fighter V player Daigo Umehara, responsible for some killer moves in the essential fighting game.

After gaming company Mad Catz’ community and sponsorship manager Mark Julio reached out to Lupe himself to see if the Lasers rapper would be interested in facing off against Daigo. Lupe’s reply?

Any place in #Dallas that sells fight sticks? pic.twitter.com/aktzm02uT6

There’s no official match in the works just yet, but according to fighting game community EventHubs, it’s in the works and Lupe himself is all ready to go if it happens, especially since Mad Catz has reached out and received a positive response. It could be a match-up for the ages, and it’s likely going to happen, but when an official date is dropped we’ll make sure you’re in the loop.

Hopefully this is the start of something beautiful: celebrity gaming enthusiasts and Street Fighter V brawls. I’d pay good money to watch it.