Watch The Creepy New ‘Tales From the Crypt’ Trailer From M. Night Shyamalan

The Crypt Keeper is back to haunt your dreams. 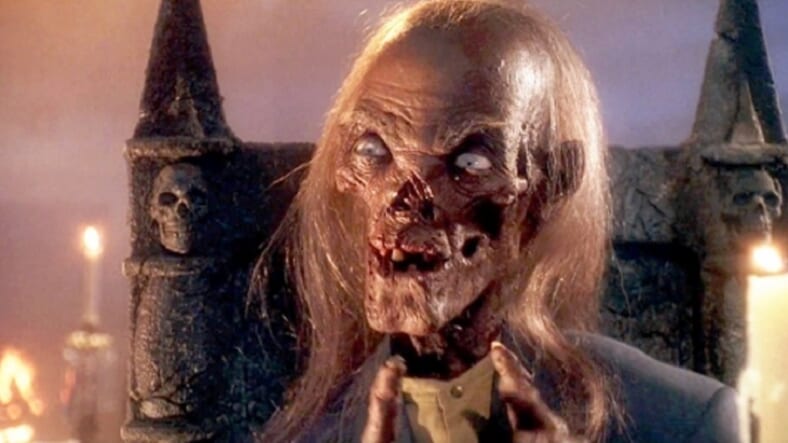 We knew that resurgent horror master M. Night Shyamalan was bringing back seminal creepy TV series Tales From the Crypt—but we first learned this over a year ago and didn’t hear much else.

Until this week, when TNT dropped a behind-the-scenes video featuring the director and a short horror gem that gives us a spooky taste of what’s to come.

In his part of the video, Shyamalan discusses what a big influence the original show was on him and is clearly stoked about working on this reboot. He also says that Tales will be within a two-hour “horror block” on TNT and that yes, the grotesque animatronic rotted corpse host known as The Crypt Keeper will return.

The new version of the show will have to be cut with commercial breaks and won’t have the uncensored freedom the original had on HBO. It will, however, have the hand of a perhaps newly-confident Shyamalan—his Split has done great box office and received excellent reviews—behind it.

The best move is keeping the Crypt Keeper, insane laugh and all. Shyamalan hilariously calls the character a “dark Walt Disney,” which sounds about right to us. We’re definitely ready for him to take us on a ride again.