Michael Imperioli on ‘Mad Dogs’ and the Virtue of Being Uncool

The veteran actor is all grown up and he’s not looking back. 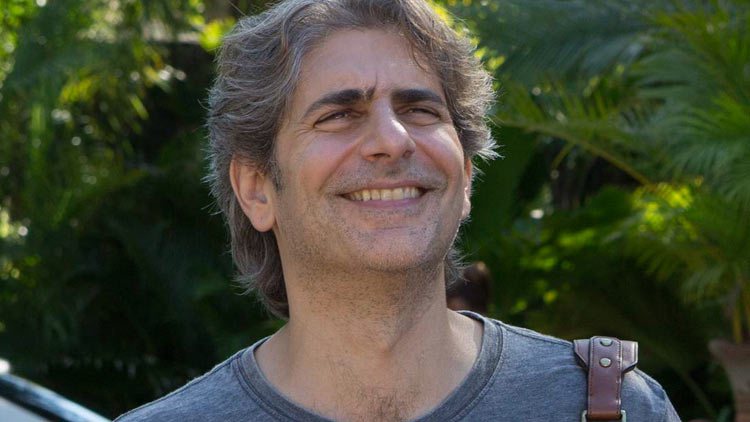 As we’ve been telling you for a while now, Mad Dogs is the best show Amazon has delivered since Transparent. The intense and complex action-comedy-drama features an incredibly talented cast, including one Michael Imperioli, best known for playing Christopher Moltisanti on The Sopranos.

His Mad Dogs character, Lex, has very little in common with Tony Soprano’s protege, save a history with substance abuse. Lex has a soft heart and a sharp mind, and often acts as the moral compass as he and his fellow travelers are confronted with circumstances beyond their wildest imaginations — and fears. Imperioli talked to Maxim about working on the show, and how Lex subtly but effectively challenges what it means to be a successful man.

What drew you to Mad Dogs and Lex?

For a TV series I thought it was very unique. There are ordinary guys, if you will, in a very extraordinary situation. And that was interesting to me.

We kind of created the backstory that Lex was the link between all of the friends…his roots go back the furthest with some of the characters. Part of the moral compass comes from that relationship history. I like the idea of a character who was involved in artistic pursuits [he was in a promising indie rock band] and they didn’t pan out. Obviously drugs were one of the reasons. But luck was also a factor; the timing was wrong. He was somebody who had to restart his life in a very humble way.

Yes and he had a real optimism about it. Often characters like his are drawn as really bitter and as losers. But it’s clear that Lex doesn’t think of himself as a loser.

There’s various levels of what people call success…failure is a relative term. And show business is one of the few industries where you can make a really good living and still be considered a failure. I did two series that went one season and people consider that a failure. Being on a TV show is a really good gig for an actor.

All the guys on Mad Dogs one form or another are in the same boat. Some have achieved financial success, but they are all in various stages of dissatisfaction. If you judge things on a typical middle class measure, Lex seems like the biggest failure, but on some level they are all the same. If you’re not happy you’re a failure.

You’ve done a lot of work since the Sopranos, but that’s probably what you are best known for. Do you think people will always see you as Christopher?I don’t know. It doesn’t really matter to me how people see me.

You’ve been in shows besides the Sopranos that have a real masculine sensibility to them, like Californication. And Mad Dogs is again kind of a “dude” show, but also pretty nuanced. What were your impressions of how the show treated masculinity?

I think people were expecting Entourage in the jungle or something. What I really wanted to do is not make the characters “cool.” We’re in these situations where we don’t know what the fuck we are doing. My goal as an actor was just to be somebody very human. I’m not really interested in playing a character who is particularly cool and everything he does looks great and turns out great. The show to me is really about love and friendship. How far does our loyalty, and our responsibility to protect each other go?

Yes, Mad Dogs really didn’t fall into some of the stereotypes you see on ‘bro’ shows.

I don’t even know what that means. I’m 50, and I never went to college, so I don’t really understand the frat mentality. It’s not a reality for me. I was around artists from my teenage years…artists tend to be very inclusive.That bro mentality is completely alien to me, but I think sometimes I get associated with it, maybe because of The Sopranos. People confuse a lot of things a lot of the time. I think a lot of people who didn’t know my work before The Sopranos think I came from the Jersey Shore, like they picked us out of the mall and put us on television.

Please indulge me a really dumb question: Which one of the characters would you have killed?

Oh god, I can’t answer that question. Whoever the writers told me to.

Fair enough. But do you think there are any characters who were more likely to betray their friends?

Well, some of the characters have children and some don’t. They don’t all have the same priorities. I understand that. We’re not all 19 years old, with all the same loyalties. There’s a lot of complexity.

What were you favorite episodes?

I really loved “Hat,” with Allison Tolman (Fargo). She’s great. And I liked the finale. I thought it was a compete ending, a satisfying ending, but it also leaves a lot of questions. It leaves the door wide open to do another season. There’s a lot of possibilities.

‘Mad Dogs’ is streaming now on Amazon Prime. No word yet on the status of Season 2, but we’re optimistic.