You won’t be leaving the couch anytime soon…. 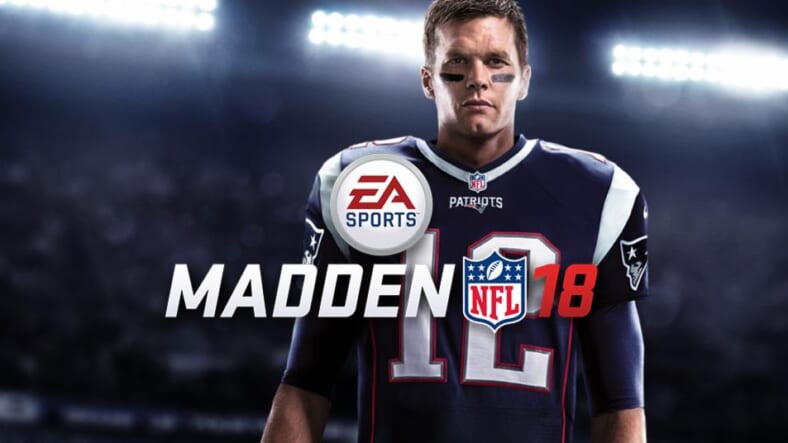 We’re just a few weeks away from the start of the NFL season and that means a new Madden is en route to stoke the flames of our football love.

Here are the best new features we found in Madden 18, which also happen to be reason we haven’t turned off our Xbox One this week.

Madden 18 first true crack at a story mode puts you in the cleats of Devin Wade. As Devin, you’ll make the decisions – on and off the field – of a young up-and-comer making his way into the NFL draft and beyond.

The story is poised to tug at your heartstrings and simultaneously deliver a challenging take on Madden’s gameplay. Keep an eye out for the Dan Marino cameo which was awesome to see in Madden and set off five minutes of rapid fire Ace Ventura quotes.

EA Sports has rethought their approach to the MUT Mode that we’ve grown to love. The Madden Ultimate Team hallmarks of solo challenges, player collecting and winning auctions return, daring you to build up your team to stay aggressively competitive.

Now there are also MUT Squads, a new mode within a mode that offers up some extremely tough 3v3 online competition for you and your most trustworthy squadmates. Madden 18, like all of its predecessors, offers several ways to play but MUT Squads is set to become a favorite with its cooperatively competitive gameplay.

Since Madden is the only football simulator out there, their ties to the NFL itself are unparalleled and Madden 18 parlays that partnership more than ever before.

The Play Now Live mode will integrate into the upcoming NFL season more fully this year, with updated rosters, up-to-the-minute stats from NFL.com and, the best part, feature weekly matchups based on actual NFL games that are set to be the highlight of each week.

While the studio behind Madden doesn’t overhaul their annual game very often, Madden 18 does bring an entirely new approach to graphics thanks to the Frostbite engine and the game has an entirely new realism as a result of it.

That doesn’t just extend to players’ images but to environmental elements like stadiums and crowds. We expect any new iteration of an annual game to look better than last year’s version but Madden 18 truly is a leap forward in terms of looks.

Madden is, through and through, a football simulator but, being the only game in town means there’s also opportunity for Madden to deliver football for everyone and that’s exactly what Madden 18 has set out to do with the addition of their Arcade and Competitive Game Styles on top of the traditional Simulation style.

Arcade harkens back to the days of NFL Blitz where the player you’re controlling always feels like a beast and penalties are rare. Competitive also dials down the penalties but heavily rewards sound technique and skill without being bogged down by the oddball occurrences that often frustrate gamers in the typical Simulation style.

To top that off, each style can have its difficulty adjusted so the game remains challenging and fun from person to person. No matter which way you like to play, Madden 18 has something for you.

The biggest improvement we’ve seen to the actual gameplay in Madden 18 comes with the addition of Target Passing. The new system was put in place to combat the guesswork that plagued QB controls in previous games of the series, allowing you to target a specific place on the field and then work your receivers into a catch instead of the old toss-it-up-and-hope-for-the-best scenarios of yesteryear.

Plotting the course of the football means huge improvements for shallow throws and sideline catches alike. The new system does require some fancy fingerwork and has a fairly tough learning curve, especially under the pressure of the play clock, but, like actual football, practice is paramount. If you’re willing to put in the time, you’ll be ready to reap the rewards.