Most of it involves complicated sibling relationships. 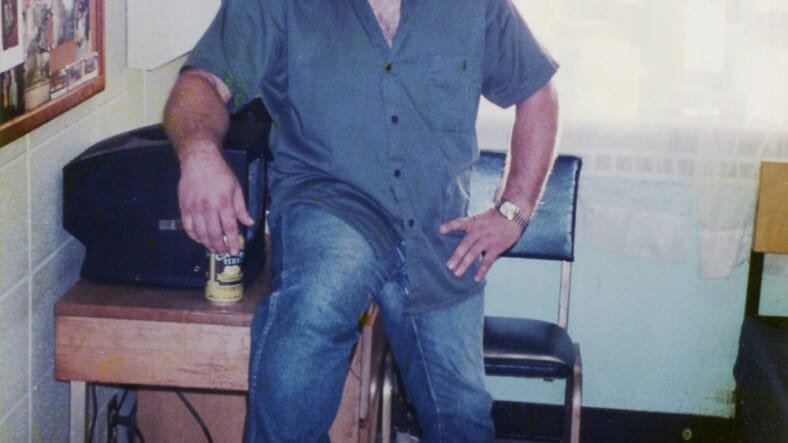 The popularity of the Netflix series Making a Murderer and the outrage around what many viewers believe to be a serious miscarriage of justice in the murder conviction of Steven Avery have seen all manner of opinions and theories come out of the woodwork. Between armchair investigators on Reddit and Manitowoc County residents on Facebook, all this chatter has revealed some peculiar family dynamics within the Avery and even the Halbach clan.

Let’s start with the Halbachs: It seems that a lot of Making a Murderer viewers have their suspicions about Teresa’s brother Mike Halbach, who is featured heavily in the documentary. Mike was the Halbach family’s de facto press spokesperson, and some viewers have questioned his demeanor in archive footage presented in the documentary; particularly why he seemed to be speaking about his sister in the past tense before it was confirmed she was murdered. The curiosity around Mike and his relationship with Teresa has revealed an unusual (but hardly unprecedented) family dynamic: Teresa’s biological father died when she was 8 years old, and her mother is now married to his brother, her former brother-in-law. This has led some to speculate that Teresa and Mike were not biological siblings but cousins and step-siblings; however, according to this online family tree, which a member of a private Facebook group posted in a thread about Mike Halbach, they in fact shared both biological parents. That’s all we know about that, and it probably doesn’t mean much of anything for the case. But we’d still really like to know who was behind the annoying calls Teresa was allegedly getting before her death, according to her co-worker’s testimony.

On to the Averys: As you probably remember from Making a Murderer, Steven Avery was happily married when he was wrongly accused of rape, and his wife Lori Mathieson had just given birth two twin boys. Their marriage couldn’t survive the strain of Steven’s incarceration, and the couple split in 1988. But Lori is still connected to the family: She married Peter Dassey, the biological father of Brendan Dassey, Steven’s younger cousin who was also convicted of murdering Teresa Halbach and remains in prison. Peter Dassey is featured only briefly in Making a Murderer, and Lori did not participate. According to her Facebook page, she and Peter are still married.

After Avery was released from prison, he became engaged to Jodi Stachowski, who stood by him for a time after he was arrested for Halbach’s murder. But eventually, as documented in Making a Murderer, Stachowski was forced to cut ties with Avery and leave town, due to the apparent difficulty in avoiding parole violations that could result from maintaining any kind of contact with Steven. We haven’t been able to confirm this, but today she is rumored to be in a relationship with one of Steven’s brothers. Some Facebook commenters have indicated it’s Steven’s older brother Charles “Chuck” Avery, but she and Chuck are not connected on Facebook. She is Facebook friends with Earl Avery, who told Milwaukee Magazine in 2006 that Steven “can rot in hell.” In the same article, Chuck also expressed doubts about his brother’s innocence.

This is notable in light of the fact that Steven Avery filed court documents in 2009 implicating his brother Chuck as a possible suspect in Teresa Halbach’s murder, and accusing him of conspiring with Earl to pin the crime on Steven. Since we don’t know for sure if Jodi is involved with either brother now, we definitely don’t know if there was anything going on in 2009.

For what it’s worth, Earl Avery’s public Facebook profile makes no mention of the Avery trial or Making a Murderer, while Charles Avery has posted a number of articles and videos that suggest he believes Steven and Brendan could be innocent.