Could New Evidence In the ‘Making A Murderer’ Case Be Hope For Steven Avery? 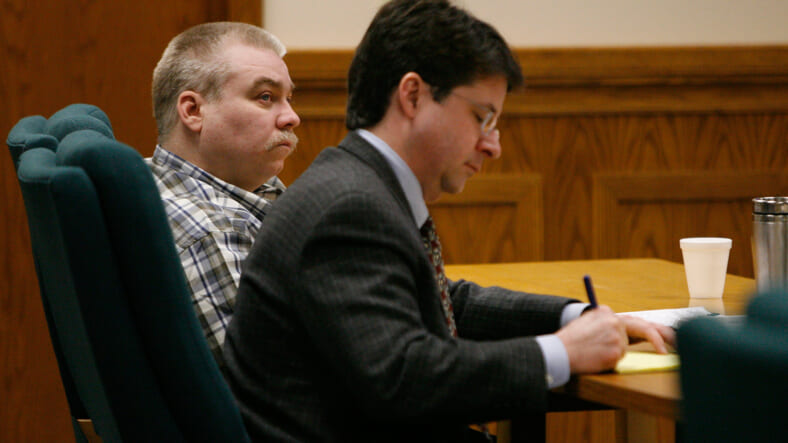 As Steven Avery’s new legal team begins the arduous task of trying to overturn his murder conviction, they seem confident that the law will be on the  Making a Murderer subject’s side this time.

Illinois-based law firm Kathleen T. Zellner & Associates, which specializes in wrongful convictions, announced late last week that it would be representing Avery. Both his new and previous representation have spoken about possible new evidence in the case, without giving further specifics.

“We are continuing to examine every aspect of Mr. Avery’s case and all of his legal options,” Kathleen T. Zellner said in a statement Monday. “We are confident Mr. Avery’s conviction will be vacated when we present the new evidence and results of our work to the appropriate court.”

Dean Strang, who defended Steven Avery in the original trial for the murder of Teresa Halbach, also seems optimistic — though it’s unclear what role he might have in further legal proceedings.

The popularity of the Netflix series Making a Murderer has yielded a groundswell of public support for Avery, with hundreds of thousands of advocates signing a White House petition urging his pardon. But those petitions do not appear to have made much of a difference: Wisconsin governor Scott Walker, the only person with the authority to pardon Avery, is opposed to pardons in general and has said that his policy won’t change with a highly-publicized case.

And Wisconsin Attorney General Brad Schimel told the Wisconsin State Journal on Monday that he was not aware of any new evidence that could change Avery’s circumstances.

“The jury heard the information that’s presented in this movie,” Schimel said. “They also heard much, much, much more information that wouldn’t fit in – that somehow didn’t make it into this 10-hour program. (Avery and [his nephew Brendan] Dassey) both have been afforded appeals.”“With Mr. Avery’s case, his case was even looked at by the Wisconsin Innocence Project, which did great work to get him exonerated the first time around when he was convicted of a crime he didn’t commit,” he added. “They looked at it this time and they haven’t found, at this point, a case to pursue.”