Peggy Beernsten speaks out about the case featured in ‘Making a Murderer.’ 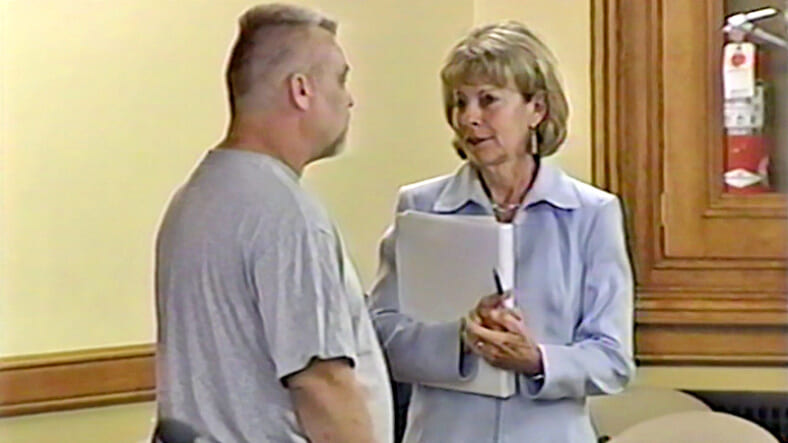 Peggy Beernsten, the Wisconsin woman who was horrified to learn she had helped put an innocent man behind bars after she was raped while jogging in 1985, isn’t convinced Steven Avery doesn’t belong behind bars now. Beernsten continues to have conflicted feelings about the subject of the Making a Murderer Netflix documentary series, as well as the Manitowoc County Sheriff department, which has been accused of framing Avery for the 2005 murder of local photographer Teresa Halbach.

Writing for The Marshall Project, Beernsten said she continues to feel guilty about the 18 years Avery spent in prison after being wrongfully convicted of her sexual assault, which was in fact committed by Gregory Allen — who was not in the perpetrator lineup shown to Beernsten.

“The man I misidentified was 23 years old at the time,” she wrote. “He had five children and twin sons who were just a few days old. There was really no physical evidence connecting the two of us. It was a she-said-he-said case. And my testimony sent an innocent person to prison. His kids have grown up without him. I absolutely wanted the earth to swallow me.”

Beernsten noted that she got a call from the police shortly after the assault, in which she was told there was a second suspect besides Avery, who was by that time the prime — and only — suspect. When she called the Manitowoc County sheriff to ask about it, she was told, “Do not talk to the police department, it will only confuse you.” She later learned that suspect was Gregory Allen, who remained free for ten years.

Still, Beernsten has not joined the chorus of Avery supporters who believe he was intentionally set up a second time. She said she declined to participate in Making a Murderer because of what she saw as too strong a presumption of Avery’s innocence on the part of the filmmaking team. “They were very convinced that he was innocent,” Beernsten said. “I was not convinced.”

In the Marshall Project article, Beernsten does not say she believes Avery is definitely guilty of Halbach’s murder. But she said her emotions around Avery are “complicated.” She shared an anecdote about getting a phone call from Avery a few months after a post-exoneration meeting in 2004, when she asked for an opportunity to apologize.

In the call, “[Avery] was kind of beating around the bush,” Beernsten wrote. “He was telling me how he didn’t have any money and he couldn’t get a job and he was living on his parent’s property and it wasn’t going well and he wanted to get his own place to live and it would really be nice to have a house. I finally came out and said, ‘Steve, are you asking me to buy you a house?’ And he said yes. I said, ‘That’s not possible. We probably should not be talking to each other. I will be deposed in your civil suit.’ He was cordial, he wasn’t abusive or anything. It was just clear he wanted money from me.”

On Tuesday, Making a Murderer filmmakers Laura Ricciardi and Moira Demos revealed in an appearance on Today that a member of the jury that convicted Avery of Halbach’s murder had come forward to say they believe Avery is innocent, and that they were pressured to vote for a conviction.