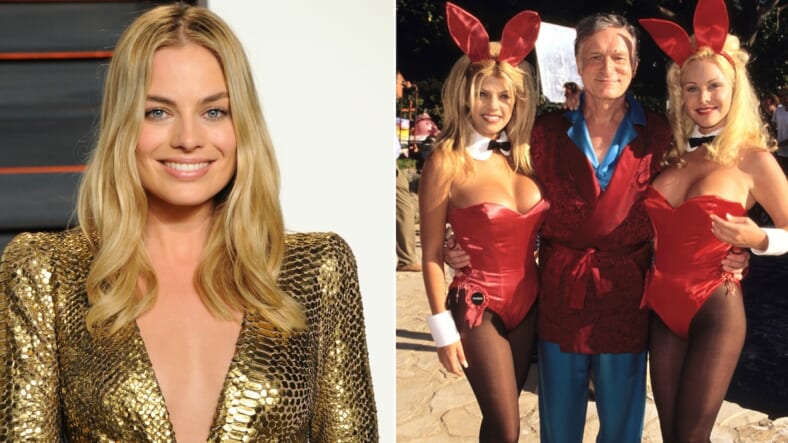 We’re praying to the gods of the Holmby Hills, for Margot Robbie, the deeply talented and radiantly beautiful Australian actress, is in talks to star in the upcoming Hugh Hefner biopic.

Mirror reports The Wolf of Wall Street stunner is considering playing not just any other playmate, but rather one of the Playboy founder’s wives.

Robbie’s casting would reunite her with her Suicide Squad co-star Jared Leto, who is reportedly locked down to play Hef. Some serious prosthetics will be required to make Leto (45), look significantly older than Robbie (27).

Hugh would be delighted at her casting as he had asked the actress to appear in Playboy. Alas, she declined the offer, claiming she had already “put her family through enough.”

A source assured Mirror, “Margot turned the offer down before, but this is different. She’s considering it.”

It certainly wouldn’t be out of line for Robbie. She’s made her name taking on daring and potentially controversial roles—as bombshell Naomi Lapaglia in The Wolf of Wall Street and as disgraced figure skater Tonya Harding in the upcoming biopic I, Tonya.