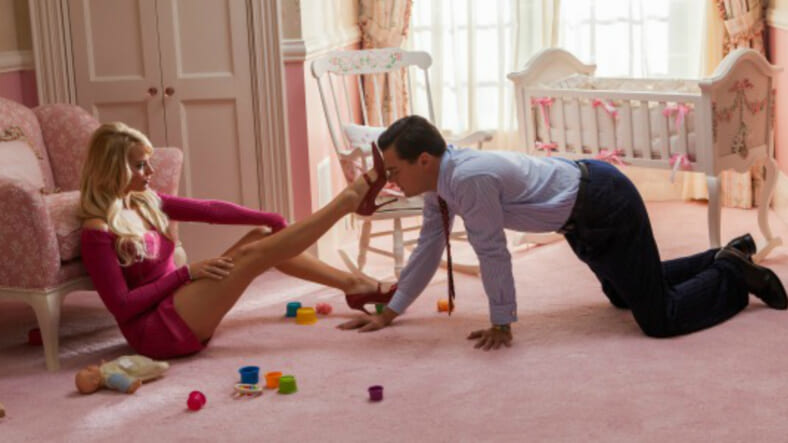 We already know Margot Robbie is undeniably talented and ridiculously sexy. But did you know she’s also ballsy AF?

Apparently, Robbie first caught Martin Scorsese’s eye and landed her role in Wolf of Wall Street when she went totally off-script during her audition and did something literally striking (ha, pun)– she slapped Leo DiCaprio square in the face.

“She clinched her part in The Wolf of Wall Street during our first meeting — by hauling off and giving Leonardo DiCaprio a thunderclap of a slap on the face, an improvisation that stunned us all,” Scorsese writes in Time’s 100 Most Influential People issue.

Damn, that’s a ballsy move. Back in 2015, she told Harper’s Bazaar about the career-making slap in full detail:

“In my head I was like, ‘You have literally 30 seconds left in this room and if you don’t do something impressive nothing will ever come of it. It’s a once-in-a-lifetime chance, just take it.’

And so I start screaming at him and he’s yelling back at me. And he’s really scary. I can barely keep up. And he ends it saying, ‘You should be happy to have a husband like me. Now get over here and kiss me.’ So I walk up really close to his face and then I’m like, ‘Maybe I should kiss him.

When else am I ever going to get a chance to kiss Leo DiCaprio, ever?’ But another part of my brain clicks and I just go, Whack! I hit him in the face. And then I scream, ‘Fuck you!’ And that’s not in the script at all. The room just went dead silent and I froze.

I’m thinking, ‘You just hit Leonardo DiCaprio in the face. They’re going to arrest you because that’s assault. You’re definitely never going to work again, that’s for sure. They’ll probably sue you as well in case there’s a bruise on his face and he needs to film something else.’

And then all of a sudden Marty and Leo just burst out laughing. Marty says, ‘That was great!” Leo’s like, “Hit me again!’”

Now that’s what I call memorable. Round of applause for Margot Robbie for slapping Leonardo DiCaprio in the face in front of Martin Scorsese!