We bet is isn’t THAT bad. 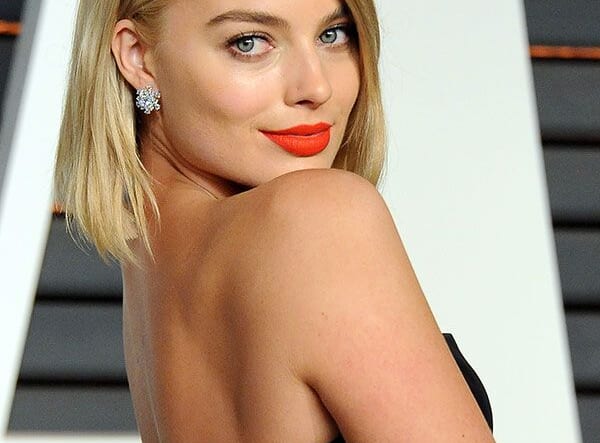 Suicide Squad and Wolf of Wall Street star Margot Robbie got personal in a recent interview with Oyster, during which she played a game of M.A.T.C.H. with the reporter (a silly paper game that purports to predict your fate among creature comforts based on a randomly assigned elimination tool.)

A real-life creature comfort Robbie relies on his her favorite tea, an Australian ceylong called Dilmah. After a visit home, she’s got 500 bags in her suitcase during a brief stop in Los Angeles. But don’t mistake her for a diva: Robbie is accustomed to sharing her personal space. On that same L.A. trip, she’s sharing a bed with her assistant and best friend Sophia. In London, she lives with her boyfriend, Sophia, and another friend in an apartment; growing up, she shared a bedroom with her younger brother until she was 16.

As Oyster notes, Robbie is extremely busy these days, with upcoming starring roles in The Legend of Tarzan, a Tonya Harding biopic, and the comic book reboot Suicide Squad. It’s the latter that she seems most excited about: “I thought that I had the best character in the movie. I wouldn’t trade my character in Suicide Squad for anyone else’s.”

She also said the role has helped her develop a newfound appreciation for comic books and geeky fandom in general.

“The comics are rad,” she said. “I hadn’t read any growing up, but now I’m obsessed. I read them in my own time. We went to Comic-Con this year and I didn’t get to be in and amongst it because we were shooting, but the energy is insane. People are nuts. I could go as Harley Quinn in the actual costume from the movie, and somebody there would have a better one.”

There’s no question Robbie’s career has been going pretty well, and she’s done a really good job of choosing diverse roles and avoiding typecasting — which is not easy to do if your breakout role was of a young trophy wife, as her Wolf of Wall Street character was.

It sounds like Robbie’s eclectic taste is driven by a natural curiosity, who admitted to Oyster that she often spends hours watching random YouTube videos — though she uses them as a tool to help her learn different dialogues and accents.

But she hasn’t yet been able to do anything about her laugh, which is the one thing she doesn’t like about herself.

“I have a horrible laugh,” she told Oyster. “I sound like a crow protecting its young. Then you meet those girls who laugh like, ‘A-ha-ha-ha!'” Her a-ha-ha-ha is a fine piece of mockery, an uncanny Valley girl laugh. “And you’re like, ‘Fuck you. Let loose. Give us a real laugh.’ But my friends would always say, when they would watch one of my movies or whatever, ‘I was watching it and I honestly didn’t see you. It wasn’t you. I was totally in it. And then you laughed and I was like, ‘Oh, it’s Margot, that’s right.’ And I was like, ‘Shoot, I’ve really gotta work on that. I’ve gotta come up with a different laugh for each character because it’ll take people out of it for a minute.'”

Something tells us Robbie can count on future success even with her crow’s laugh. Suicide Squad opens on August 5.