The Russian star could be banned from tennis for four years. 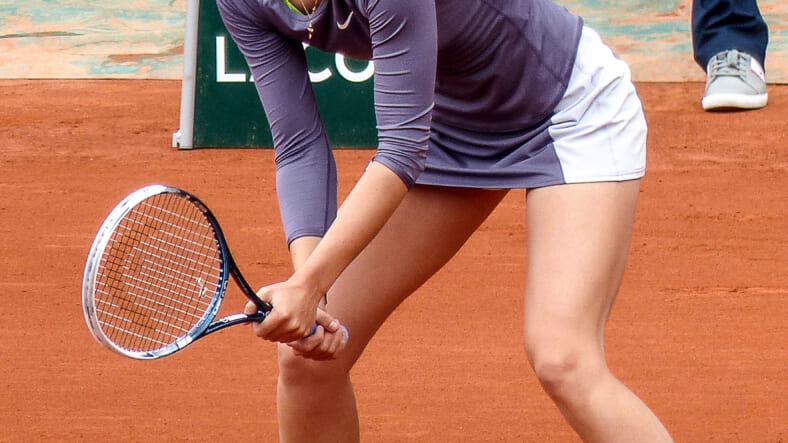 The future of Maria Sharapova’s tennis career is highly uncertain after the announcement that she failed a drug test in January, something that could have been avoided if she was more diligent about reading her e-mail.

The Russian-born 28-year-old tennis star held a press conference Monday to get ahead of the story and to accept all the blame as her own. Meldonium, the drug that triggered the failed test, is typically given those with heart issues and increases endurance by aiding oxygen uptake. Sharapova said Monday that she began taking it in 2006, when she was very sick and the drug was still allowed.

The World Anti-Doping Agency only added meldonium to its list of banned substances at the beginning of 2016, and Sharapova received an email about the change. But, as she explained on Monday, she “did not look at that list.”

That’s her story, at least: Sharapova’s version she spent a decade taking an allowed substance and would have stopped if she knew it was no longer allowed. But even if the drug was allowed in 2006, should she have been taking it in the first place? Some fellow players, like, former world number one Jennifer Capriati wrote on Twitter, are skeptical:

What's the point of someone taking a heart medicine that helps your heart recover faster unless you have a heart condition? Is thataccurate?

Sharapova’s press conference was a classic example of getting out in front of bad news and shaping the narrative. And while that’s won her support and sympathy with fans, her endorsers aren’t being quite as understanding. Nike has already suspended its relationship with Sharapova, saying the company is “saddened and surprised” by the news. Swiss watchmaker Tag Heuer, which was working to extend its contract with Sharapova, said it “has suspended negotiations.” Porsche, meanwhile, will “postpone planned activities” with the star.

In addition to all the money she’s losing off the court, Sharapova may not be allowed back on it for another four years. If there’s a moral of the story, it’s this: Always check your email.