Everyone had fun anyway. 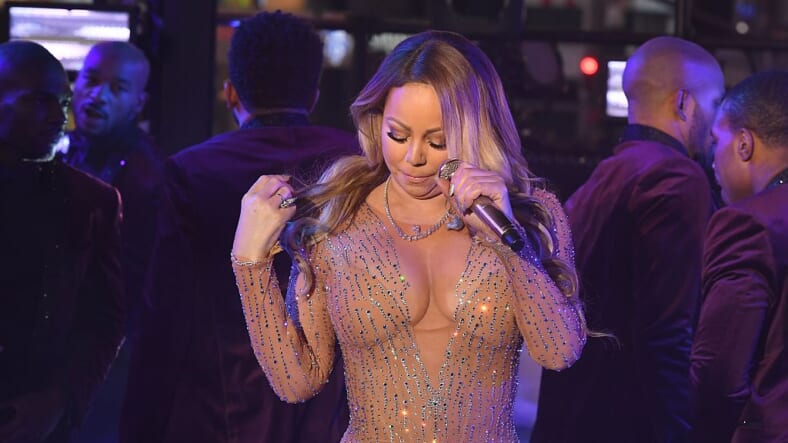 We all know epic pop diva Mariah Carey still has it going on. But even the golden-throated chart-topper can have an off night, and her New Year’s Eve performance in New York City’s Times Square was about as off as it gets.

Carey looked great but her performance was shaky from the beginning. She seemed to have issues with her earpiece, for one thing. Then as the classic New Year’s song “Auld Lang Syne” geared up it became clear she just wasn’t sure what was going on. So she admitted as much. “We didn’t have a [sound] check for this song,” Carey told the audience, “so let’s just say, it went to number one.”

She wasn’t talking chart positions. And really, as is evident in the video above, it didn’t get better. Eventually Mariah just seemed ready for the gig to be over.

Anyone who’s ever botched any kind of performance, even in a grade school recital, can feel a bit for the legend, but to her credit, Carey addressed the snafu with a tweet that was more of a shrug and a “whatever” than anything like a diva fit.

Shit happens 😩 Have a happy and healthy new year everybody!🎉 Here's to making more headlines in 2017 😂 pic.twitter.com/0Td8se57jr

As you might expect, social media users had a ball with the goof.

Others simply enjoyed the inherent humor in the situation.

The tragedy isn't that Mariah Carey's lip-sync didn't sync, but that pop culture has come to accept mime as musical performance. It isn't.

TMZ reported Sunday that as far as Mariah’s team was concerned the whole thing was sabotaged on purpose and in the interest of ratings. Dick Clark Productions, the company in charge of broadcasting the Times Square New Year’s festivities, reportedly considered that claim “silly.”

Mariah Carey is an established superstar and will always be one. We’re pretty sure that in true diva style, she’s already moved on.