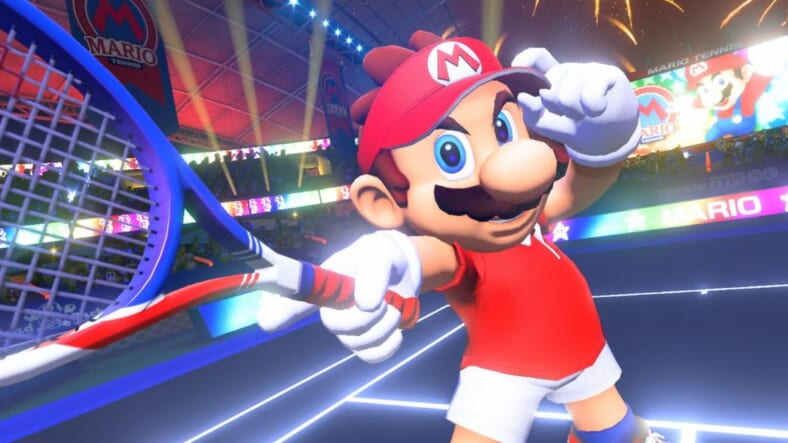 The revival of the Mario Sports titles has begun, and a freebie from the creators of Life Is Strange is here. They’re both begging for some game time this week.

Back in the day, Nintendo took their bread-and-butter characters and started expanding their universe, and we so began the dawn of an era of Mario Sports. Leveraging the four controller ports of the N64 and its successors, we saw Nintendo’s iconic plumber take on golf, basketball, soccer, baseball, a host of Olympic sports and, of course, tennis. Seeking to continue that legacy and uphold its credo of “playing together,” Nintendo is starting a new era of Mario Sports, and it begins with Mario Tennis Aces.

We’re happy to report that the core gameplay is on point. Mario Tennis Aces captures the frenzied moments of a long volley while giving the gameplay a twist with power shots and perfect timing bonuses that have evolved over the course of all the Mario Tennis games—making this a great one to play against friends.

Outside of the core gameplay, Aces does have some glaring shortcomings. The campaign is short, the rewards are largely superficial and don’t carry over to multiplayer, where we’d really like to see them, and the mini-games that you come across aren’t available to play against friends. The roster, for the moment, is also lamentably limited (even though it does include the character du jour, Waluigi) however that is destined to change since Nintendo’s roadmap for Mario Tennis Aces includes monthly tournaments that’ll reward you with the kind of unlockables we’ve come to expect from the Mario series — lookin’ at you Mario Kart 8!

Mario Tennis Aces and other Mario Sports titles will undoubtedly be a part of Nintendo’s strategy for their upcoming, premium online service for Switch. We’re willing to see how their strategy shapes up, knowing they’re going against heavy hitters like Xbox Live, PSN and Steam. Until then, we’ll happily play Mario Tennis Aces with friends who are actually sitting on the couch next to us; Nintendo always seems to get that part of their games right even when their competition doesn’t. (Buy)

The Awesome Adventures of Captain Spirit

Also similar to a Pixar short, Captain Spirit is set apart by its unique style and moments of childish joy as you play through the make-believe adventures of a kid who lives with his single father and is often escaping into his own vivid imagination—it surprised us with its heart and interesting approach to a narrative. Whether you’re a fan of Life Is Strange or just curious to see if you can get down with a graphic adventure game, The Awesome Adventure of Captain Spirit is a must-try. Did we mention it’s free? (Download)