‘Star Wars’ fans are freaking out. 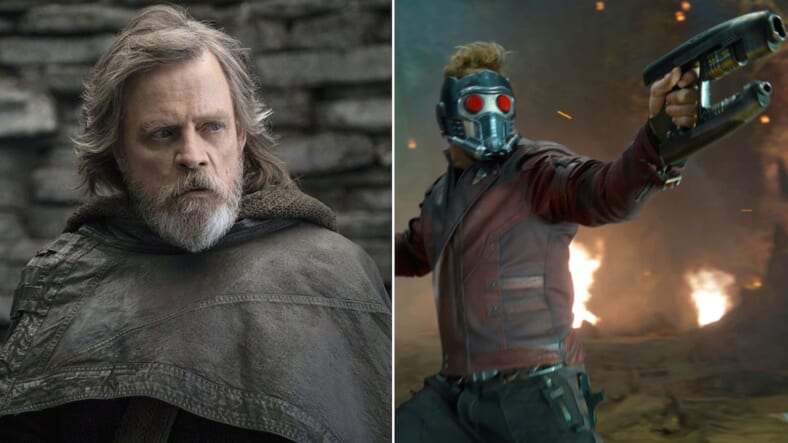 Twitter is a leveling platform, where anonymous sci-fi fanboys can wield as much power as genre directors like James Gunn.

Case in point: one Star Wars fanatic might have just convinced James Gunn to cast Mark Hamill in Guardians of the Galaxy Vol. 3 with just a geeky tweet.

@JamesGunn, could you do me a huge favour and find a role for @HamillHimself in Guardians 3? The awesomeness of it might end me, but I’m willing to risk it. Thanks 🙂👍

“Could you do me a huge favour and find a role for @HamillHimself in Guardians 3?” Ian Fee tweeted at the director. “The awesomeness of it might end me, but I’m willing to risk it.”

I think @HamillHimself lives around the corner from me in Malibu so he can just come over and we can talk about it over a cup of coffee.

Gunn responded, announcing he’s totally cool with it and revealing that he and Hamill are actually neighbors.

I would be happy to do so, both as a good neighbor & an unemployed actor.
All the best, mh

Here’s where we really geek out: Hamill responded, also saying he’s down.

Haha let’s do it.

Then, they have a conversation about DMs, and our nerd minds collectively exploded.

DM me for my contact info if you're serious.
(& a good neighbor)
xoxo, mh

Yes I will although I don’t think your DMs are on for me.

Just followed you. Is that how DM's work?

It really does go down in the DM, but not in the way we expected…