The actor also remembered Carrie Fisher on the anniversary of her death. 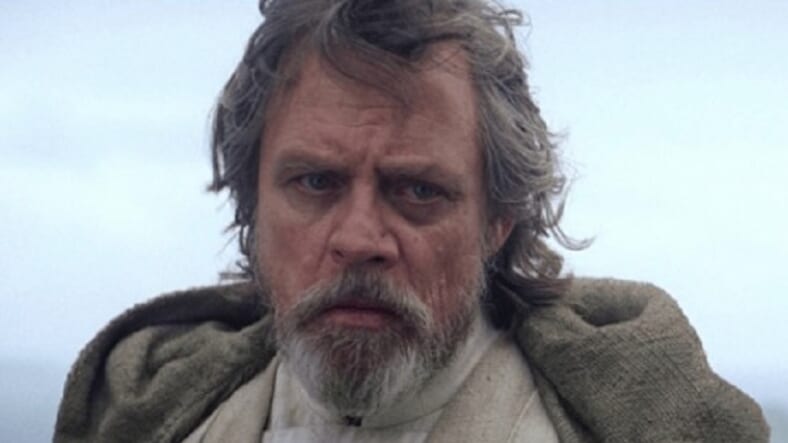 Mark Hamill has had doubts, and now he has regrets. Doubts about the way his signature character Luke Skywalker was written in Star Wars: The Last Jedi, and regrets that he expressed those doubts publicly.

Hamill said in an interview in mid-December that he’d had “trouble accepting” what director and screenwriter Rian Johnson “saw for Luke.” Which is understandable, given how long the actor has lived with the character.

In a tweet he posted the day after Christmas, the actor essentially retracted that and any other statements he’s made questioning his character’s trajectory.

In case the tweet is ever taken down: Hamill wrote that he regretted “voicing my doubts & insecurities in public.”

“Creative differences are a common element of any project,” Hamill wrote, “but usually remain private.”

I regret voicing my doubts & insecurities in public.Creative differences are a common element of any project but usually remain private. All I wanted was to make good movie. I got more than that- @rianjohnson made an all-time GREAT one! #HumbledHamill https://t.co/8ujJfBuEdV

His apology seemed typical of his public persona: forthright and honest.

Hamill also took time on the first anniversary of the death of his onscreen sister, Carrie Fisher, to remember her in a simple, touching way.

Mark Hamill has earned the right to express whatever honest opinion he has about any movie in the Star Wars franchise, but it’s also easy to believe he thought about his words and genuinely felt bad about what he said—one of the strengths he always brought to Luke was the feeling this was a regular guy who’d discovered he had this unknown, otherworldly ability.

If anyone was qualified to gently kneecap the latest installment in a franchise built partly on his characterization (and Hamill’s acting skills have always been underrated), it was Mark Hamill. And besides, whatever he said was never going to undercut a guaranteed box office juggernaut like Last Jedi.