We could watch this for hours. 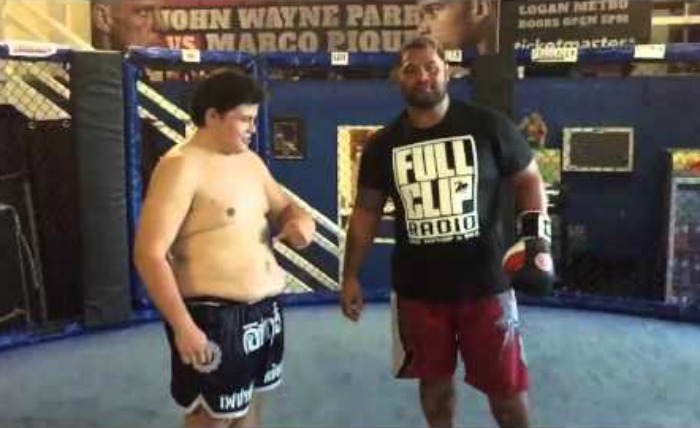 As sports fans, we love slow motion technology for its ability to clarify that which so easily gets lost in the speed of the game. Things such as the undulating shockwaves pulsing through the gelatinous gut of a kid punched by a heavyweight fighter.

The man on the right is the UFC‘s Mark Hunt, among the hardest punchers in the world. The boy on the left is a 17-year-old Australian kid named Emiliano “Noodles” Rivera. And this is why slow motion was invented.

Let’s take a second and marvel at how well Rivera takes that punch. Sure, Hunt is using his slightly-less-destructive left hand, but Rivera’s ability to both stay upright and showboat afterward is damn impressive. Almost as impressive as seeing him squeeze into the ring himself and knock a dude out in six seconds.