5 Rules for Giving Less F**ks in the New Year

Author Mark Manson has some hard-hitting advice for you. 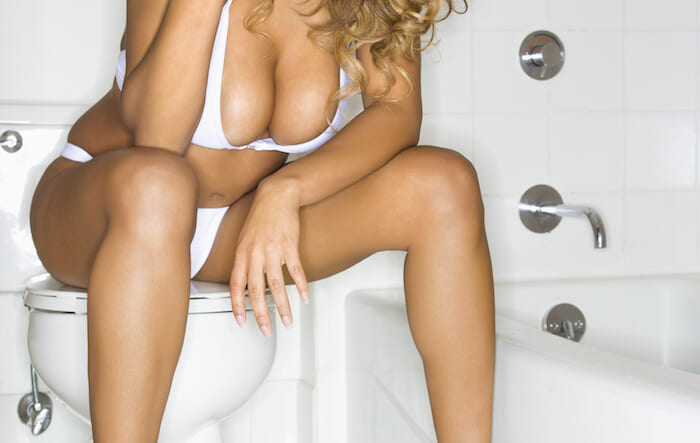 Mark Manson is the author of THE SUBTLE ART OF NOT GIVING A F*CK: A Counterintuitive Approach to Living a Good Life (HarperOne; September 2016). Here is an excerpt:

Let’s be honest: 2016 kind of sucked. Regardless of what you thought of the election, it was almost unbearable to be online for six months straight. It seemed no matter where you looked, somebody was pissed off about something, something horrible was happening in some country, and half your Facebook friends were convinced the world was about to end.

But a new year is coming and with a new year, new opportunities. Traditionally, we associate new years with new beginnings. We like to make goals, promises to ourselves, and then by February fail at all of them.

Usually these goals have to do with accomplishing some more – working out more, making more money, saving more starving babies in Uganda.

But for 2017, I’m proposing we set a different type of goal. Instead of more, why don’t we focus on less? Instead of trying to accomplish every fucking thing under the sun in the coming year, why don’t we instead focus on giving a fuck about less?

See, I believe the problem in the world right now is that people have forgotten what to care about. They’ve forgotten what’s actually important. And I don’t blame them for this, after all, we’re all bombarded with about 800 mixed messages every single day. So learning what to give a fuck about is more important than ever.

People need to chill. The world order is not collapsing. Big pharma is not giving us all cancer (yet). Kanye will probably make a new album. The point is: who gives a fuck? Let’s not freak out until something freak-out-worthy has actually taken place. Let’s not be dragged around by our emotions as if we’re on a leash. Let’s take a little bit more control over what we pay attention to.

Here, I’ve got some rules to help you out. A few rules on how to give fewer fucks in 2017. And to help out, I decided to quote myself multiple times. Why? Because I don’t give a fuck. Let’s go:

Want to know why 90% of the people who sign up for the gym in January stop going in February?

The problem here is that they don’t have something more important in their lives to give a fuck about. Something has to matter to you more than simply feeling good or bad. Because if all you care about is feeling good or bad, well, your life is going to be like riding a rollercoaster without a seat-belt, you will be a slave to all that happens around you.

“What determines your success isn’t, ‘What do you want to enjoy?’ The relevant question is, ‘What pain do you want to sustain?’ The path to happiness is a path full of shit-heaps and shame. You have to choose something. You can’t have a pain-free life. It can’t be all roses and unicorns all the time. Pleasure is the easy question. And pretty much all of us have a similar answer. The more interesting question is the pain. What is the pain you want to sustain? That’s the hard question that matters, the question that will actually get you somewhere. It’s the question that can change a perspective, a life. It’s what makes me, me, and you, you. It’s what defines us and separates us and ultimately brings us together.

Rule #2: Stop Giving a Fuck About Being Happy All the Time; Happiness Comes from Solving Problems, Not Avoiding Them

Here’s the irony about the “feel good” masses that we’ve all become these days – comfort is not the same thing as happiness, in fact, in many ways, too much comfort prevents happiness.

Want to feel good? Here’s an ecstasy pill. Off you go. Enjoy.

Want happiness? Well, that’s a whole different matter. Happiness requires purpose, meaning. It requires sacrifice. It requires working for something and surmounting some barrier, whether internal or external.

“To be happy we need something to solve. Happiness is therefore a form of action; it’s an activity, not something that is passively bestowed upon you, not something that you can magically discover in a top ten article or from any specific guru or teacher. It doesn’t magically appear when you make enough money to add on that extra room to the house. You don’t find it waiting for you in a place, an idea, a job – or even a book, for that matter. Happiness is a constant work-in-progress, because solving problems is a constant work-in-progress—the solutions to today’s problems will lay the foundations problems.”

Rule #3: In Life, You Have a Limited Amount of Fucks to Give, Choose Wisely

The problem when you go around caring about everything you see and hear is that you run out of energy to focus on the things that are actually important. Ever feel as though you’re being pulled in 10 different directions and the few things that actually matter aren’t ever getting done in your life?

Yeah, that’s basically the problem. Because you haven’t learned to discriminate where you fucks should and shouldn’t go, they just go everywhere. And as a result, you end up feeling empty.

“The problem with people who hand out fucks like ice cream at a goddamn summer camp is that they don’t have anything more fuck-worthy to dedicate their lives to. If you find yourself consistently giving too many fucks about trivial shit that bothers you – your ex-girlfriend’s new Facebook picture, how quickly the batteries die in the TV remote, missing out on yet another two-for-one sale on hand sanitizer – chances are you don’t have much going on in your life to give a legitimate fuck about. And that’s your real problem. Not the hand sanitizer. Not the TV remote.”

Rule #4: Not Giving a Fuck Does Not Mean Being Indifferent, It Means Being Comfortable with Difference

The biggest misconception about not giving a fuck is the idea that it means you’re this detached, aloof dude wearing sunglasses, who tears tags off mattresses and smokes cigarettes in funeral parlors, because, fuck it, who cares?

That’s not true though. Not giving a fuck is not about not caring about anything or anybody. That’s simply cowardice. Not giving a fuck is about learning how to let go of the unimportant debris of daily life. To not get caught up in the petty drama and inane hype being thrown at you from every direction.

“Indifferent people often attempt to be indifferent because in reality they give way too many fucks. They give a fuck about what everyone thinks of their hair, so they never bother washing or combing it. They give a fuck about everyone thinks of their ideas, so they hide behind sarcasm and self-righteous snark. They’re afraid to let anyone get close to them, so they imagine themselves as some special, unique snowflake who has problems nobody else would ever understand. Indifferent people are afraid of the world and the repercussions of their own choices. That’s why they don’t make meaningful choices.”

I know you don’t want to hear this. But you’re going to die. Maybe not now. Maybe not next Thursday. But there will come a Thursday, many Thursdays in the future, when you don’t exist anymore.

I know it sucks to think about that, but it’s actually important. And it’s important because it puts things in perspective. Because if you were going to die next Thursday, then you’d probably make some different decisions about your life and what you give a fuck about today.

And that should be a signal to you. Something needs to change. If something you’re giving a fuck about now wouldn’t matter on your deathbed, then you have some work to do.

“Death is the light by which the shadow of all life’s meaning is measured. Without death, everything would feel inconsequential, all experience arbitrary, all metrics and values suddenly zero.

Confronting the reality of our own mortality is important because it obliterates all the crappy, fragile, and superficial values in life. While most people whittle their days chasing another buck, or a little bit more fame and attention, or a little bit more assurance that they’re right or loved, death confronts all of us with a far more painful and important question: What is your legacy? How will the world be different and better when you’re gone? What mark will you have made?”

Mark Manson is the author of THE SUBTLE ART OF NOT GIVING A F*CK: A Counterintuitive Approach to Living a Good Life (HarperOne; September 2016).