The Seahawks star had a rough season and may be ready to move on. 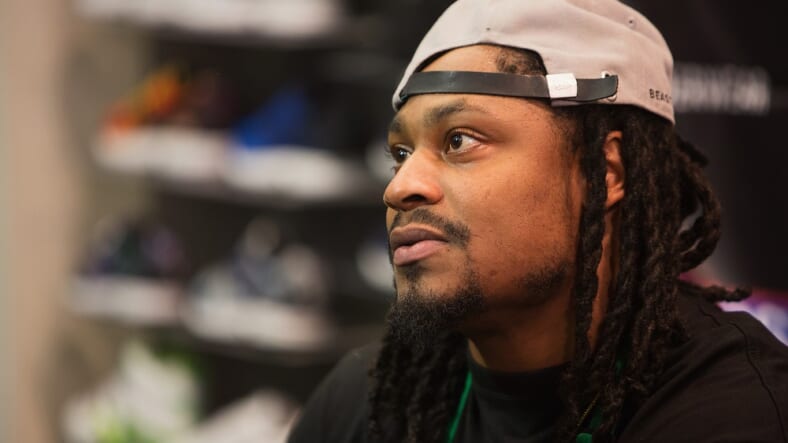 Say it ain’t so, Beast Mode.

Marshawn Lynch, the eccentric, gifted Seattle Seahawks running back, may be ready to step away from the game. According to a report from ESPN’s Adam Schefter, Lynch has already informed many who know him well of his decision. Needless to say, the Seahawks don’t want him to go:

As unpredictable as some of these decisions can be for many players, it is even more so for the ultra-unpredictable Lynch. But as of now, despite the fact that his teammates still are attempting to change his mind, Lynch’s plan is to walk away from the game, something that he has shared with some in the Seahawks’ organization.

Lynch—a frequent Pro Bowler who has been key to the Seahawks’ successes in seasons past—had extended his $24 million contract with the Seahawks in early 2015. However he struggled during the season, with uncharacteristically low yardage. Lynch underwent hernia surgery mid-season and wasn’t back in even half beast mode until the Seahawks’ Divisional playoff loss against the Carolina Panthers.

Lynch is just 29 but has had a storied career not just for his powerhouse style but his quirky personality. Beast Mode was happy to troll the press if he had the opportunity, and may be as well known for his “I’m just here so I won’t get fined” Media Day presser prior to Super Bowl 49 as anything.

Whatever he plans to do, we’re sure Marshawn Lynch will go just as hard into the next stage of his life as he has charged through defenders for the end zone.