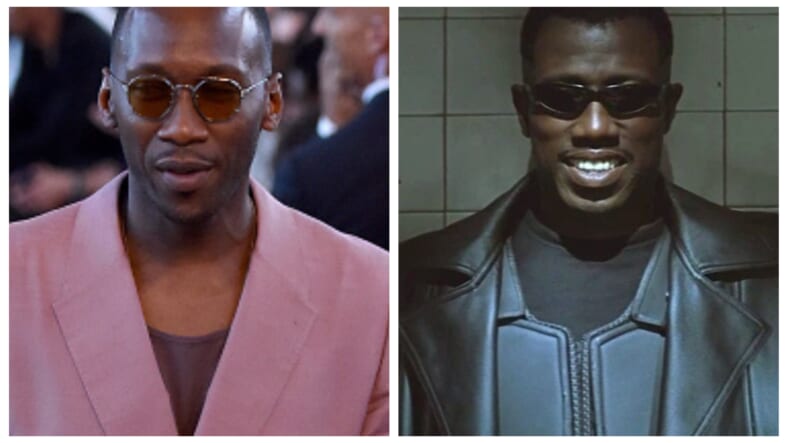 San Diego Comic Con (SDCC) has been full of announcements, trailer drops, and surprises—especially from Marvel. Here’s one of the most interesting: Blade is getting a reboot and this time the half-human, half-vampire badass will be embodied by intense two-time Oscar winner Mahershala Ali, not Wesley Snipes.

Ali showed up at SDCC in a hat bearing the movie’s logo and seemed to enjoy the enthusiastic response to the announcement, which happens in the video below.

Mahershala Ali will officially play #Blade in the MCU! pic.twitter.com/0GQLOUtsXb

Wesley Snipes played Blade in the 1998 version of the movie and continued on through two more installments before his tax issues put the brakes on his career for a time.

It’s probably no surprise that Snipes wasn’t asked back to do the role, either—the filming of the third movie, Blade: Trinity was infamously full of offscreen drama.

In a 2012 interview with the A.V. Club, comedian and co-star Patton Oswalt said “it was a very troubled production. Wesley [Snipes] was just fucking crazy in a hilarious way. He wouldn’t come out of his trailer, and he would smoke weed all day.”

Mahershala Ali, however, is known for multi-layered, sensitive performances and won Academy Awards for Moonlight and Green Book in addition to turning in a riveting lead performance in season three of HBO’s True Detective.

Notably, CBR reports Ali actively campaigned for the role. Marvel boss Kevin Feige wasn’t about to turn him down, either, telling The Hollywood Reporter that “when Mahershala calls, you answer.”

There’s no release date or official title for the Blade reboot, but we’re ready when Marvel is.