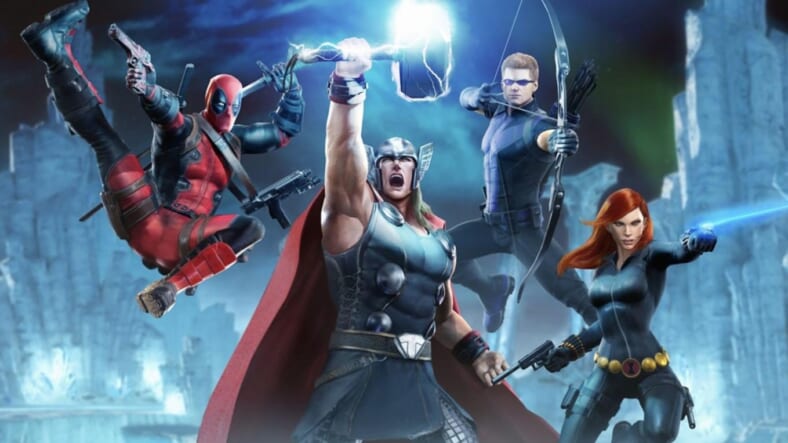 We’ve had loads of experiences in VR, from realistic race car driving to escaping dangerous rooms as a secret agent to duck hunting. Up until now, though, those experiences rarely offered up high-profile mainstream characters. Until now.

Marvel Powers United is finally here to give everyone the opportunity to rip through some familiar combat zones as the biggest heroes you’ll find in the MCU and beyond.

The appeal here is definitely the roster of playable characters, and it’s impossible not to have high expectations for a game where you can play (and feel) like the Hulk, Captain America, Thor or others.

Mind you, this is a Marvel property—one that isn’t bound by the constraints of movie studios—so don’t be surprised when characters like Wolverine or Storm show up to fight alongside Black Panther or Doctor Strange. We easily could have sat in the loading arena of Stark Tower popping out Wolverine’s claws forever, with their satisfying ‘snick’ sound effect, but there were villains to fight and cannon fodder to pile up.

Almost as impressive as the playable hero roster is the lineup of iconic Marvel villains to tackle in your quest to save the world. Thanos, Magneto, Loki and many more are all included in the plot you’re tasked to prevent. It’s great to know you’re thwarting mega villains, but it’s unbelievably satisfying to watch the events of the game unfold in VR.

The moments in the game where the plot gets progressed actually feel like walking through a comic, more so than any other Marvel game before. It’s this unique experience that makes Marvel Powers United really worthwhile.

The gameplay is the most straightforward element of Powers United. A team of four (you can join other real players online or play solo with AI teammates) takes on a whole bunch of bad guys and bosses in a confined arena that’s skinned from the Marvel universe. You can play in Black Panther’s Wakanda or Planet Hulk’s Sakaar, among others. The action is fast-paced, and those who are only mildly comfortable in VR need to watch out for potential stomach-spinning discomfort when the action reaches a fever pitch and rewards for achievements are on the line.

For those with more equilibrium fortitude, the arena battles should present no problem as you bounce around the level skewering foes with Wolverine’s claws, webbing them up as Spider-Man or psychically beaming baddies as Doctor Strange. And if you’re looking for comic relief, we recommend making sure every team has someone playing as Deadpool. (Buy)