“Is this really happening?” 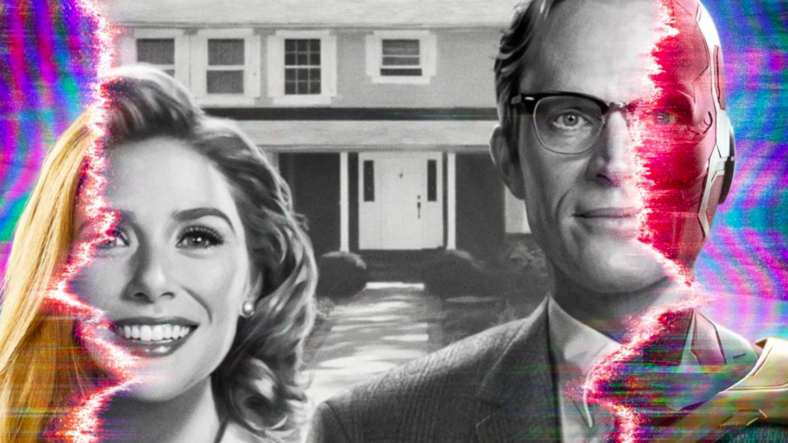 At one point in the new Marvel Studios trailer for Disney+ series WandaVision, Wanda Maximoff, the Scarlet Witch (Elizabeth Olsen), asks, “Is this really happening?”

That’s a really good question given that this show seemed to come from nowhere and is, at least based on the video above, something a freaky departure for Marvel.

The trailer premiered at the 2020 Emmys on Sunday night and it gives us a detailed look at the series and its melding of classic, Leave It To Beaver-era sitcom style with Marvel’s extended universe. In which Vision (Paul Bettany) is supposedly dead. Oddly, the trailer manages to leave Vision’s fate an open question, too.

Whatever is going on seems comic at first, until it becomes obvious just how off-kilter their reality is and the reality of their lives as superheroes begins to filter in.

Here’s Marvel’s synopsis for the show:

Marvel Studios’ “WandaVision” blends the style of classic sitcoms with the Marvel Cinematic Universe in which Wanda Maximoff (Elizabeth Olsen) and Vision (Paul Bettany)—two super-powered beings living their ideal suburban lives—begin to suspect that everything is not as it seems. The new series is directed by Matt Shakman; Jac Schaeffer is head writer. Debuts on Disney+ this year.

So that’s really all we know right now, but it looks like a wild ride.

There’s no exact date set but we can expect to see WandaVision premiere before the end of 2020.