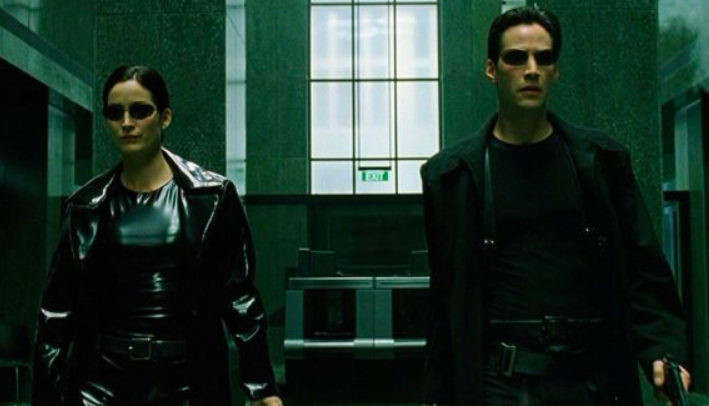 When it was recently announced that The Matrix would return to theaters to celebrate the movie’s 20th anniversary, it seemed like the kind of thing a studio might do as a prelude to a new installment in the iconic series.

Turns out it totally was. Variety reports there will indeed be a fourth Matrix movie featuring the same people who made the wildly popular trilogy: The Matrix 4 will be written and directed by Lana Wachowski, and will star Keanu Reeves and Carrie-Anne Moss as Neo and Trinity.

Warner Bros. Pictures and Village Roadshow Pictures will produce and globally distribute the film. Warner Bros. Picture Group chairman Toby Emmerich made the announcement on Tuesday.“We could not be more excited to be re-entering ‘The Matrix’ with Lana,” said Emmerich. “Lana is a true visionary — a singular and original creative filmmaker — and we are thrilled that she is writing, directing and producing this new chapter in ‘The Matrix’ universe.”

It’s an interesting but probably not too surprising development—there have been rumors afoot for years of an official fourth film, including one starring Creed‘s Michael B. Jordan.

There are plenty of unknowns here: No mention was made of Laurence Fishburne returning as Morpheus, even though of the three leads he was the only character who appeared to survive in the third movie, Revolutions.

We also don’t have a timeline on delivery, though the nature of the special effects involved in any Matrix movie is that they just take a while to do correctly.

As to the “why?” that seems obvious. Beyond the facts that it’s a proven money-making franchise and Keanu Reeves is a proven box office draw, Lana Wachowski said in the same announcement that “many” ideas she and sister Lilly “explored 20 years ago about our reality are even more relevant now.”

So, that’s something to look forward to.

The first Matrix will return to the big screen at select AMC theaters beginning Aug. 30.