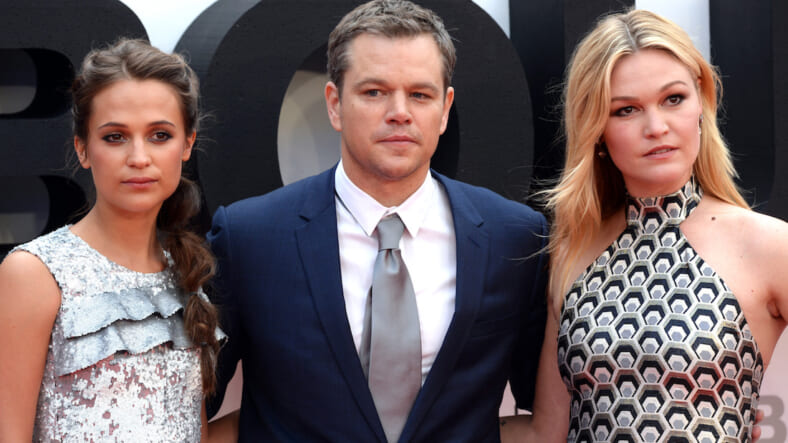 For the Bourne films, Matt Damon delivers his lines with gravelly self assurance. The guy is so good he may be pulling in $1 million per line in the forthcoming fifth franchise entry, Jason Bourne.

A recent interview with Matt Damon and director Paul Greengrass in The Guardian revealed that the furtive CIA agent will only utter about 25 lines in the film. Guess it’s hard to get a word in edgewise when you’re on the run from at least three bad guys, dodging exploding motorcycles in Tangier, and what have you.

Vanity Fair speculates that the franchise would need to pay star Matt Damon at least $25 million, the amount he was given for The Martian, to get him back on board after sitting out the fourth entry.

That’s a lot of coin to breathlessly grunt lines like “I know who I am” and “I remember,” as he does in the trailer.

In his defense, Damon did have to endure those action sequences, for which he was whipped into killer shape.

“I trained a lot more than I ever had done before because Paul Greengrass said that when we see Bourne in the first frame of the movie and it looks like he hasn’t been living well, then we don’t have a movie,” Damon told The Telegraph. “So he really wanted me to be physically fit and lean so it was a lot of work for me to get there.”

We hope the exceedingly high-paid actor gives us his money’s worth for Jason Bourne, out July 29.