Is the show’s title a subtle dig at his most famous role? 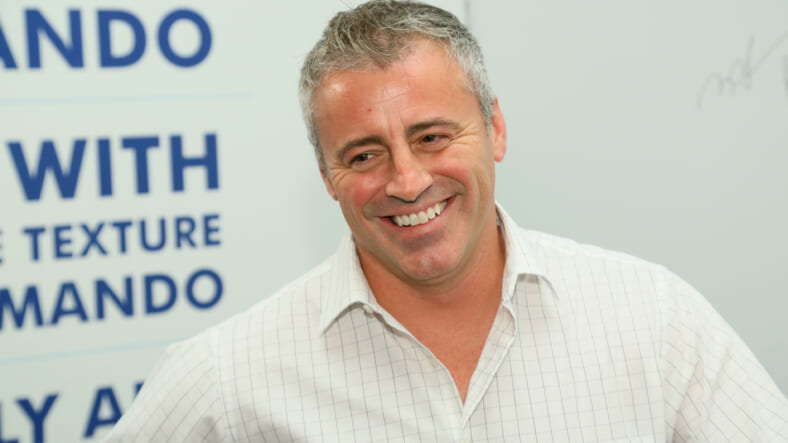 Although he may never truly escape his iconic role as a charmingly idiotic soap opera actor, that won’t stop him from trying.

Friends star Matt LeBlanc has reportedly signed on to a new CBS comedy from the writers of That 70s Show. According to Deadline, LeBlanc will star in I’m Not Your Friend, a sitcom about a contractor who learns how difficult it is to raise children after his wife goes back to work.

LeBlanc is currently starring as a version of himself on the Showtime comedy Episodes, which will begin shooting what is expected to be the final season this spring. But if the series does continue, LeBlanc can do both — CBS owns Showtime. LeBlanc has been nominated for four Emmys and won a Golden Globe for Episodes, which is primarily about his character’s relationship with the husband-and-wife screenwriting team behind a series he stars in.

Life will be imitating art on I’m Not Your Friend, from married writers Jeff and Jackie Filgo. Veteran TV director James Burrows, who LeBlanc worked with on dozens of Friends episodes, is attached to direct.

All this coming ofter news of LeBlanc recently signing on as the first non-British co-host the BBC series Top Gear, for some strange reason. Hey, at least he’s keeping busy.