This is borderline NSFW. 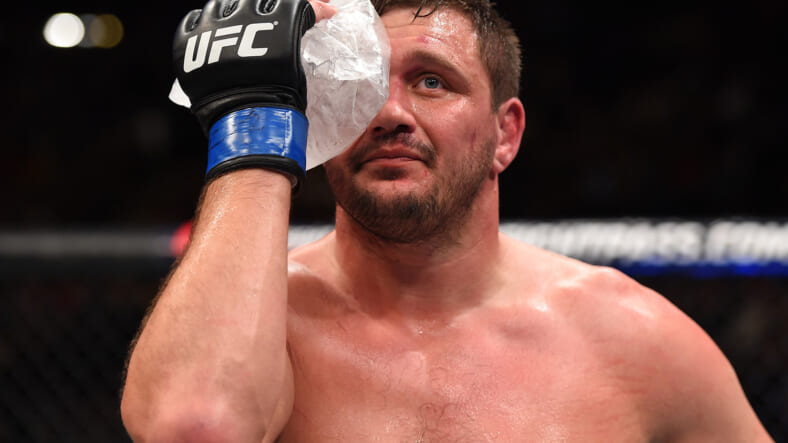 UFC heavyweight Matt Mitrione suffered a wicked eye injury on Sunday night that you should only look at if you’re some kind of weirdo sadist. Since you clicked on this, we’re going to assume you are, so here’s the picture:

Mitrione ended up losing his fight (surprise!) to fellow heavyweight and Ronda Rousey flame Travis Browne, who seemed to have it out for his opponent’s eyeball all night long. Not only did he twice jab his giant sausage fingers into Mitrione’s eye, but he delivered a thunderous fist right to his socket, breaking Mitrione’s orbital bone.

If the picture above, which was taken right after the fight, isn’t nasty enough for you, check out the one below. It was taken later in the night after Mitrione went to the hospital. At this rate, Mitrione’s head’s going to turn into a bearded blueberry by his next fight.

Broken orbital floor. This and the shoulder happened after the 2nd eye poke. I don't think they would've happened pic.twitter.com/wFn1NC3j5Y